The heavens gained several stars this year as classic film stars passed away in 2012.

Since Comet Over Hollywood did not give several of them the full attention they deserved, the first few days of 2013 will be dedicated to some of the notable celebrities who left us. 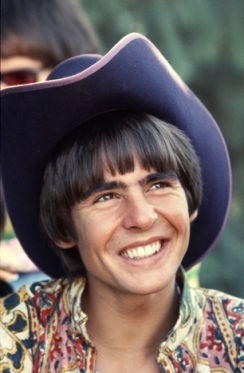 Though I didn’t grow up in the 1960s, Davy Jones was my first real celebrity crush.

I always liked the Monkees when I was little; it was a treat for my sisters and me when my dad would play my mom’s old Monkee’s records.

But in the sixth grade, while most girls swooned over N*Sync and O-Town, I was crushing on Davy Jones.

The shaggy brown hair, the adorable English accent and always playing five maracas at once. Who can resist that?

It all began when I discovered “The Monkees” television show on WGN over the summer. I then bought the band’s greatest hits album, anthology CDs and a model car of the Monkee-mobile. I was a obsessed.

Though I loved the band as a whole, Davy Jones was the one who I swooned for. My heart would flutter as he sang “I Want to Be Free” and “Look out Here Comes Tomorrow” (songs that now at the age of 24 I realize are a bit jerky, but I still enjoy them.)

My mother always made a point to record the episode of “Scooby-Doo” where Davy is a cartoon character or “The Brady Bunch” episode where he guest stars and asks Marsha for a kiss “on the flip side.”

I remember the day like it was yesterday. I had a great day as two eighth grade students shadowed me while I was working at the Elkin Tribune. When I hopped on Twitter at the end of the day, it was blowing up with other Monkees fans mourning Davy Jones’ death.

Davy Jones was taken from us much too soon at the age of 66 from an unexpected heart attack.

His death was even more heartbreaking as stories of his philanthropy in Beavertown, PA where he lived.

Interviews in local news channel CBS21 shared that Jones was down to Earth, shopping at the Dollar General and giving people around town cold remedies.

Jones also renovated a historical Lutheran church in Beavertown, changing it from an “eyesore to an asset,” said Mayor of Beavertown, Bill Wagner. 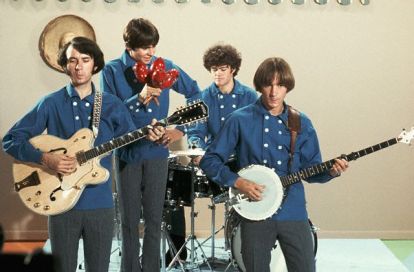 The Monkees performing, and Davy with a ton of maracas.

His death shook up Monkees band members Mickey Dolenz, Peter Tork and Mike Nesmith, who hasn’t been associated with the Monkees since 1970.

Dolenz posted on Facebook that he was in a state of shock and that Jones was the brother he never had.

“This is an enormous event in my world,” Tork told USA Today. ” What is the saddest thing in the world is that not everyone was able to see the range and depth of his heart. He was about as heartfelt a man as anyone I have ever met in my life.”

Nesmith has now joined Tork and Dolenz in the 2012 Monkees reunion tour.

I have to confess, of all the stars we lost in 2012, Davy Jones’ death is the one that still hurts my heart.

See you on the flip side, Mr. Jones.