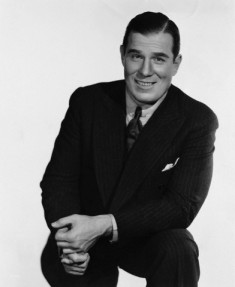 This November 2013 post was minimally edited on Aug. 2, 2016, for a series on Olympians who went on to be actors. This series coincides with the Rio 2016 Summer Olympics.

Whether he was an affable lug or a dangerous mobster, the face of the dark-haired 6 foot character actor is one film fans recognized in the 1930s and 1940s.

Character actor Nat Pendleton acted in uncredited and supporting roles from 1926 to 1947.

But before Pendleton performed as Sandow the Great in the biographical film “The Great Ziegfeld” (1936), he was flexing his muscles for different reasons.

Pendleton’s fame originally came in the form of an Olympic silver medal in the super heavyweight freestyle wrestling division at the 1920 Summer Olympics in Antwerp, Belgium. That year, the United States won 41 gold, 27 silver and 27 bronze medals — winning the most medals by any of the 29 nations attending. Born in Davenport, Iowa, Pendleton was Iowa’s first Olympic medal winner, according to the National Wrestling Hall of Fame.

Pendleton lost only one match during the Olympics and turned pro after the games. In 1923, he was set to fight John “Tigerman” Pesek in Boston and lost, left with torn ligaments in his leg, according to “Legends of Pro Wrestling” by Tim Hornbaker.

After the loss, Pendleton turned to acting. 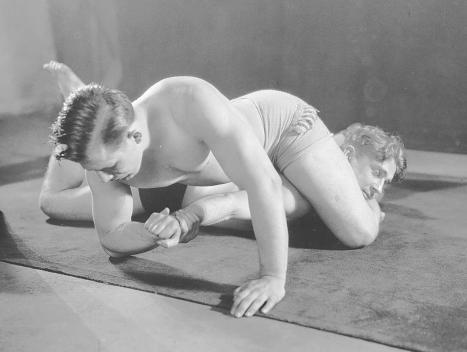 Pendleton first started on Broadway in the 1920s and went to Hollywood working for nearly all of major film studios: Paramount, Twentieth Century Fox, Warner Brothers, Columbia and Metro-Goldwyn-Mayer. 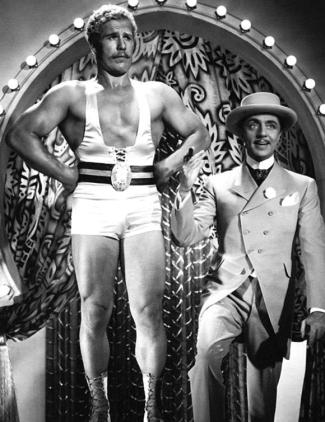 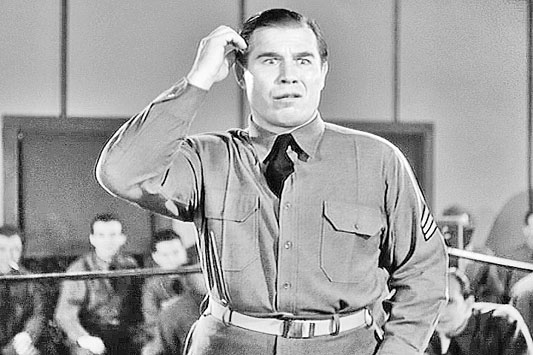 MGM was where Pendleton’s career was most profitable, becoming a regular in film series “Dr. Kildare” and “The Thin Man.”

Due to his size, Pendleton was often cast as gangster brutes, stupid police officers and confused oafs. Though the IQ level of Pendleton’s characters was never very high, Nat Pendleton was no idiot. Graduating from Columbia University in 1916, Pendleton received an economics degree and spoke four languages. 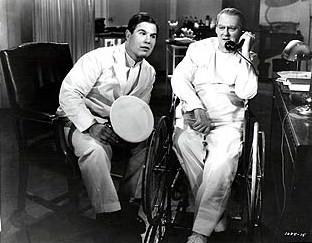 His talent in Hollywood wasn’t limited to acting. He also wrote the screenplay for “Deception” (1932) where he played a wrestler in the film.

Aside from his wrestling skills on the mat, Pendleton may be a forgotten character actor, but he is one of my favorites. He is likable even as a ruthless mobster.

Another memorable role for Nat Pendleton is portraying the real-life strongman Sandow in “The Great Ziegfeld” (1936).

With 105 films under his belt, Pendleton acted in his last film in 1947 in the Abbot and Costello film “Buck Privates Come Home.” He passed away in 1967 at the age of 72 and was inducted into the National Wrestling Hall of Fame in 2004.