When I was in fourth grade I cut six inches off my long hair.

I was doing a book report on Shirley Temple and wanted short, curly hair like America’s Sweetheart for my presentation.

In 2000, before Internet shopping was common place, my parents searched all over to get me a Shirley Temple doll for Christmas. They eventually found one from a store in Connecticut.

Later as a high school senior I even dressed up as Shirley Temple for Halloween.

While my classic film love escalated to obsession in 2004, Temple was my first favorite movie star.

The first movie I saw with Shirley Temple was “Rebecca of Sunnybrook Farm’ (1938). It was a Christmas gift from my Grandmother. I was hooked as Temple sang about wearing an old straw hat, a pair of overalls and a worn out pair of shoes.

Years after she brought happiness to Americans during the Great Depression in the 1930s, the curly headed child star was still influencing and bringing happiness to a young girl in South Carolina.

The dimple faced, curly topped child star was the top box office draw of the 1930s.
The story told is that Temple was discovered in her dance class at age 3, hiding under a piano.

From 1932 until 1933, many of her films were shorts. Some were called Baby Burlesks, involving child actors like Temple dressing up like popular stars such as Mae West and Marlene Dietrich.

With her 56 pin-curls and song-and-dance films, President Franklin Roosevelt once said the United States couldn’t have made it through the Depression without her.

She also saved 20th Century Fox studio from bankruptcy, according to her obituary in the Los Angles Times.

Temple was the first child star to carry a full weight picture on her own; not as a secondary actor, according to Dickie Moore’s book “Twinkle, Twinkle Little Star (and don’t have sex or take the car). Her co-stars included top Hollywood names such as Carole Lombard, Gary Cooper, Joel McCrea, Alice Faye, Adolphe Monjou, Victor McLaglen and Lionel Barrymore.

She loved dancing with her friend Bill “Bojangles” Robinson and was didn’t understand why he was treated differently because he was black. 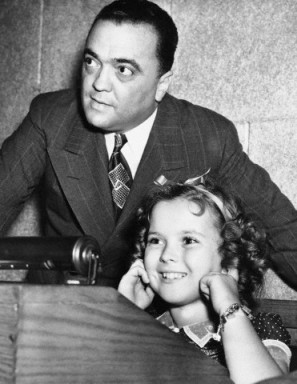 Temple knew her lines and everyone else’s, frequently correcting the adult actors to their chagrin.

“She was a nice kid, with a really wonderful mother and father. We all liked her,” said actress Alice Faye who starred in “Poor Little Rich Girl” (1936) with Temple. “But she was brilliant. She knew everyone’s dialogue and, if you forgot a line, she gave it to you. We all hated her for that.”

Because of Temple, other parents hoped to get their children in films, so their children would be the breadwinners while the parents couldn’t find work during the Depression.

Temple was treated like a princess. She had a bowling alley and a life sized play house in her backyard.

Temple’s father had a hard time finding work, because employers assumed he had enough money because of Shirley’s films, according Moore’s book.

Temple was isolated from the other children. Many parents of child stars did this, because they didn’t want their children fraternizing with a child who may be competing for the same role.

However, publicity departments made it look like Temple had lots of friends. Each year she would have three birthday parties: one with other child actors, one on set with the crew and one with her family. 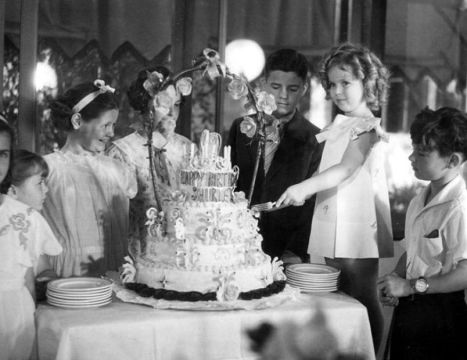 Shirley Temple cutting the cake at her birthday party in 1935.

“The parties were endless…Fox would have one for a large number of people I didn’t know, a lot of children I’d never seen in my life and would never see again,” Temple told Moore. “And I was the hostess. It was kind of strange. I figured it was part of my job.”

Moore said Temple was sweet; the real problem was her stage mother Gertrude Temple. Gertrude was responsible for making sure Temple had the maximum amount of screen time. This included demanding a touching scene with child star Sybil Jason being cut from “Blue Bird” (1940).

Temple also faced the same fate as child star Jackie Coogan: her parents spent all of her money.

After marrying Charles Black, the couple looked at her finances that much of her money had been spent to support her family-what was left belonged to her parents. There should have been $356,000 in her account, but her father, George, disobeyed court orders and kept the money, according to BBC.

Shirley Temple with Monty Wooley and Soda the dog in my favorite movie, “Since You Went Away”

The transition from child star to teenager was difficult for Temple as it is with other stars.
However, Temple starred in several charming films as a teenager such as “Kathleen” (1941), “That Hagen Girl” (1947) and my all-time favorite film “Since You Went Away” (1944).

Though I was sad when I heard the news of Shirley Temple’s death at age 85 on February 10, I remembered she had a long life.

After leaving her film career behind at age 22, Temple went into politics.

In 1968, she was a delegate to the United Nations and in 1974 was an ambassador to Ghana, according to Temple’s USA Today obituary.

After divorcing John Agar, her husband of five years, Temple was married to Charles Black for 55 years until his death in 2005. 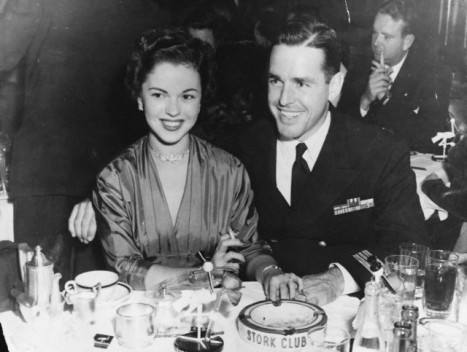 Actress Shirley Temple and her husband, Charles G. Black at the Stork Club in 1953.

She said in her autobiography that in her adult life, the child actress seems more like a dream or a younger sister to her.

Though she is gone, Temple will continue to bring happiness to film fans as she has continued to do for the last 80 years.

Added bonus: Me in high school as Shirley with “Juliet”