Last weekend, I set out to find six celebrities buried in Arlington National Cemetery in Washington, DC. The venture took four hours and more than five miles of walking. To put that into perspective, we were hunting for six graves out of more than 400,000 people buried in the 26 square mile cemetery with roughly an 8 mile trail running through it. This week, I am highlighting these people who either served in the military or were married to military personnel.

Note: Johnny Carson once said Marvin fought in the Battle of Iwo Jima with Bob Keeshan, who played Capt. Kangaroo. This is incorrect. Marvin was in the Battle of Saipan and Keeshan did not see combat.

Actor Lee Marvin, known for his premature silver hair, frequently played gruff and tough characters throughout his acting career that began in 1950 and ended in 1986. Off-screen, he was known for crazy, reckless shenanigans but was a “team player” and worked to get the best from his co-stars on set. This could be due to his military background.

“The war really had an effect on me,” Marvin said many years after the war, quoted in the book “Lee Marvin: Point Blank” by Dwayne Epstein.

In August 1942, Marvin, 18, enlisted in the Marines in New York. He trained at Parris Island in South Carolina and a base at New River, NC. His father, Lamont Marvin, who decorated in World War I, taught his sons how to handle a gun. Lamont, 51, also enlisted with his son. Lee’s father helped set up anti-aircraft gun emplacements in England, according to “Stars in the Corps: Movie Actors in the United States Marines” by James E. Wise and Anne Collier Rehill. 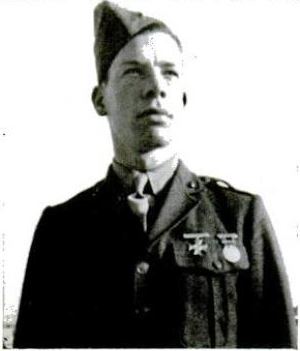 Marvin went to Quartermaster School in North Carolina and was promoted to corporal, then was ordered to Service Company, Marine Barracks at Camp Elliot in San Diego, CA. But he was demoted to private after Marvin, known for being a troublemaker, caused some issues. Also due to his behavior, Marvin was on mess duty for a month, according to the Wise and Rehill book.

But in January 1944, Marvin was done with his mess duties and was shipped to the Marshall Islands. He was with D Company, 4th Tank Battallion (Scout-Snipers), Headquarters Battalion, 4th Marine Division, according to the Wise and Rehill book. Marvin was part of the 22d Marines, which would survey the area before the attack, specifically Kwajalein. Once the United States Marines had taken Eniwetok and Kwajalein, Marvin was sent to Hawaii for training and then he was sent to Saipan in June 1944, according to the Wise and Rehill book.

After witnessing various horrific acts during the war, Marvin was quoted in Epstein’s book saying, “This insanity, this raving inhumanity- it was then I suddenly knew: This is what war does to a man, what war means.”

In the invasion of Saipan, Marvin was one of six out of 247 men in his unit who wasn’t killed, according to a Sept. 27, 1968, LIFE magazine article.

“We went in on Yellow Beach Two. The first day…we clawed forward and hit the basic scrub of the beach…They (the Japanese) had us nicely pinpointed on a checker-board. They didn’t miss,” Marvin is quoted in the Wise and Rehill book. “The artillery got very bad, and all the bombing was coming down very heavy…We lost quite a few that night.”

Marvin was wounded in June 1944 at age 21 in Saipan’s “Death Valley.” He was blown off his stretcher and was on the beach during a counter attack, watching his fellow Marines die.

“I was on Saipan and got hit,” Marvin wrote a letter to his father “Pop” on July 3, 1944, quoted in Epstein’s book. “Not too bad but bad enough to hamper me if I stayed. I was hit in my left buttocks just below the belt line. You may think it’s funny to get hit in the can like that but at the time I was very lucky that is all I got. I was pinned down and could not move an inch and then a sniper started on me. His first shot hit my foot and his second just about three inches in front of my nose. It was a matter of time, as I knew I would get hit sooner or later. If I got up and ran, I would not be writing this letter so I just kept down.” 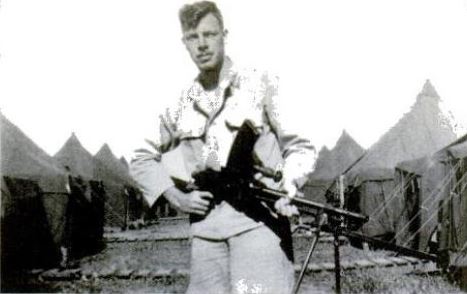 He was treated for 13 months in naval hospitals for a severed sciatic nerve and was awarded the Purple Heart in a hospital on Guadalcanal. He was nearly permanently paralyzed by his injury, according to Wise and Rehill’s book.

Marvin wanted to get back into combat but his injury kept him in the hospital preventing that. Not being able to return made him feel angry, frustrated and guilty, according Epstein’s book.

“It (the war) ruined him,” Marvin’s father is quoted in Epstein’s book. “He came home from that half dead, totally broken. He was never the same.”

Marvin was unable to reenlist due to his disability status that came with his injury. 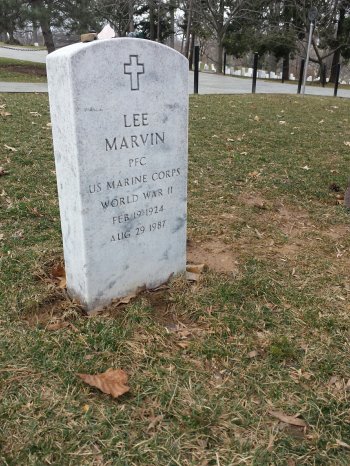 Lee Marvin’s grave at Arlington National Cemetery, located just below the Tomb of the Unknown Soldier. (Comet Over Hollywood/Jessica P)

Marvin worked odd jobs until he got into acting in New York. He was in off-Broadway plays from 1948 to 1950 until he started in television and films in 1950.

In 1968, Marvin returned to the Pacific for “Hell in the Pacific,” co-starring Toshirô Mifune, about an American pilot during World War II who is on a deserted uninhabited Pacific island with a Japanese Naval captain. During the war, Mifune was a Japanese officer.

“They (the islands) were all beautiful then, when you went in. That was a strange thing about it,” Marvin is quoted in LIFE magazine. “I remember what it looked like when we came in past the reef. The place had been bombed and shelled for weeks and the floor of the ocean was covered with brass casings that hadn’t deteriorated yet. Then the smell hit you- death and fire. You’d give a panic look to your buddy. ‘How did we get here?’”

Marvin wondered if returning to the island would return “old gung-ho feelings,” but he said he felt nothing; maybe if it had been three years after the war but not 23.

Marvin died in 1987 and was buried in Arlington National Cemetery. Marvin rests in section 7A, just below the Tomb of the Unknown Soldier. This area is for distinguished veterans, which include World War II fighter pilot, Col. Pappy Boyington, boxer Joe Louis and ABC reporter Frank Reynolds.