Though Dorothy Gale and her friends are from Kansas, they also have a home in the mountains of North Carolina.

Located in Beech Mountain, N.C., the Land of Oz is a park that opens to the public a limited amount of times per year. For the last 20 years, the Autumn at Oz festival has welcomes thousands to the former amusement park. This year’s event was held Sept. 9, 10 and 11, bringing out approximately 8,200 people.

The Yellow Brick Road in the Land of Oz, Beech Mountain

There was a Wizard of Oz amusement park in North Carolina?
Land of Oz was originally an amusement park that opened in 1970 and owned by Grover Robbins, who also owned Tweetsie Railroad, a train and wild west theme park in Boone, NC. Robbins leased the Beech Mountain property and wasn’t sure what to do with it until he teamed with park designer Jack Pentes, who said the trees reminded him of the haunted forest in the “Wizard of Oz” (1939), according to Land of Oz representative Sean Barrett.

Debbie Reynolds with Carrie Fisher at the opening of Land of Oz in 1970.

Actor Ray Bolger, who played the Scarecrow in the film, was at the 1968 groundbreaking , according to the Land of Oz website. Actress Debbie Reynolds, who collected Metro-Goldwyn-Mayer film memorabilia, partnered with Robbins to provide some costumes and props from the 1939 film for a small museum located on the amusement park property. Reynolds attended the June 1970 grand opening with her daughter Carrie Fisher. The park originally consisted of one ride, character houses, Emerald City, an amphitheater, shops and a restaurant.

But the amusement park only operated for 10 years. In 1975, a fire crippled the park which destroyed the amphitheater and adjacent shops and restaurants. The museum was also broken into and items such as Dorothy’s original dress were stolen.

The park closed in 1980, but was bought in the 1990s. Now, the park is opened part-time for the yearly fall event.

“Many people think the park is abandoned,” Barrett said. “It’s not abandoned and never was.”

Myself, my parents and the Wizard of Oz characters at Land of Oz

So what is this festival?
I first learned about Autumn at Oz in 2013 and have wanted to go ever since. Unfortunately, I always was too late with ticket purchases and it was always sold out. This year, I bought my ticket the day Autumn at Oz went on sale and was finally able to make it. (Tip: If you’re interested in going, follow their Facebook page and pounce when ticket sales are announced in August)

The night before heading to Autumn of Oz, I pre-gamed for the event by revisiting the film.

Sunday morning on Beech Mountain started out as chilly and foggy. Oz fans loaded up on buses that drove up the mountain to the former amusement park. When you enter the park, everyone is greeted by Dorothy. You then follow a trail where you run into Professor Marvel, Mrs. Gulch and the farm hands before entering Dorothy’s farm home. Aunt Em and Uncle Henry shoo you into the cellar because a storm is coming. 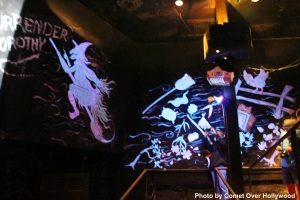 It’s sort of like a fair fun house in the storm cellar with the sounds of the film’s tornado all around you. You exit the tornado into a crooked, disheveled house. On the other side of the rainbow, the coroner is there to inform you that you killed the Wicked Witch of the East.

You hit the Yellow Brick Road where you meet—and take pictures with—the Scarecrow, the Cowardly Lion, Dorothy, Glinda the Good Witch and the Tin Man. The witch’s castle guards divert your path down towards the Wicked Witch of the West’s castle through the haunted woods filled with flying monkeys. You find your way out and end up in Oz to meet the great and powerful Wizard of Oz. 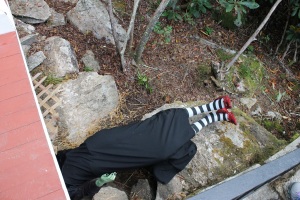 Oops!
(Photo by Comet Over Hollywood)

It was fun to see the actors in character and watch small children react to each one. After seeing photos online of Land of Oz, my goal for attending Autumn at Oz was to see the old amusement park so I could take photos for Comet Over Hollywood.

The visit lasted two hours from bus ride up the mountain, seeing the sights, meeting the Oz characters and heading back down the mountain. It wasn’t too brief or too long.

While Land of Oz is a fun place for children, most of the attendees were “Wizard of Oz” loving adults.

A film released 77 years ago still touches nostalgic memories for fans and is an important part of childhood for many. Throughout the day, I heard people quoting the film, commenting that they dressed up as Dorothy for Halloween as a child, or would watch it when it aired annually from 1959 to 1991.

“Wizard of Oz” is just one of a long list of films made during the great year of 1939. And while many of the other films still resonate, none of them touched as many lives and generations as the one starring a little girl who realizes there’s no place like home.

Most of the Characters 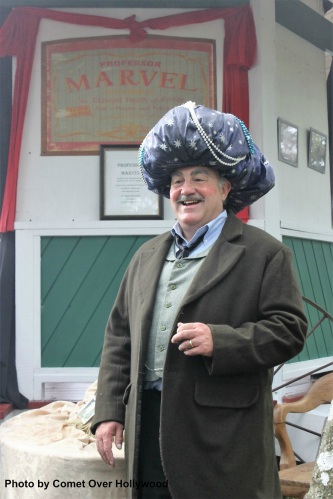 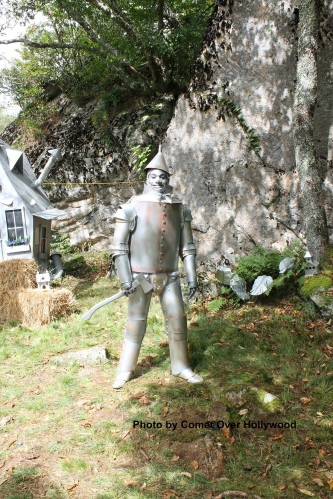 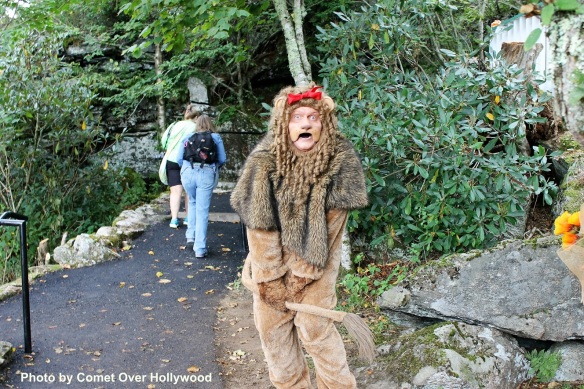 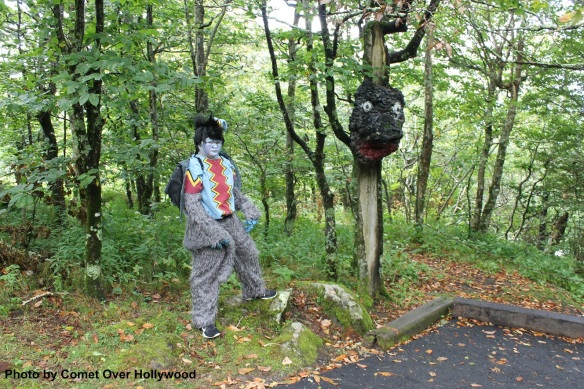 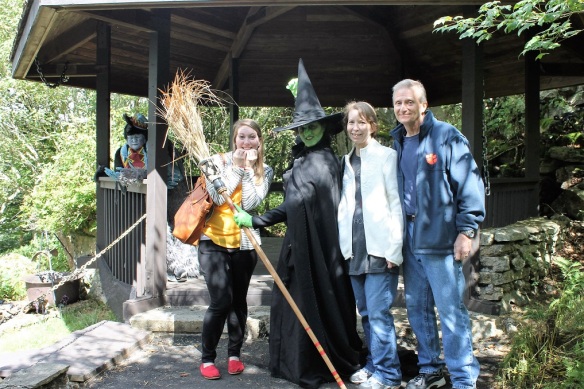 The Wicked Witch of the West

5 thoughts on “Over the Rainbow: Land of Oz in North Carolina”