After not being able to attend the 2017 festival, I have returned for my fifth TCM Film Fest. Throughout the festival, I will be sharing photos, short videos and tweeting quotes or facts shared during film interviews. I even hope to get in a couple of blog posts during the festival. 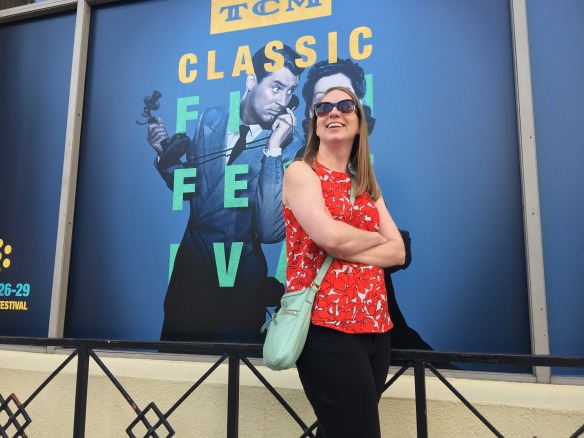 Outside the Hollywood Roosevelt, April 2018

For my top festival picks, I’m most looking forward to:

· Seeing actress Nancy Kwan, who I have been a fan of for awhile.

· The film “None Shall Escape” (1944) with guest star Marsha Hunt. I’m a fan of Miss Hunt and have never seen this film.

· A Star is Born (1937) on Nitrate. This is my favorite version of this story and it will be gorgeous on Nitrate film.

· Seeing fellow film fans and friends and discussing classic films with them!