Come and meet those dancing feet … on Turner Classic Movies (TCM) this June.

Throughout the month of June, TCM is all singing and dancing Mad About Musicals series. And through a partnership with Ball State, TCM is offering a free online course dedicated to learning more about the movie musical.

Vanessa Theme Ament, PhD, is the professor of the course and is the Endowed Chair of Telecommunications at Ball State University. Prior to her work with Ball State, Dr. Ament was a Hollywood Foley artist, enhancing sound effects in films. 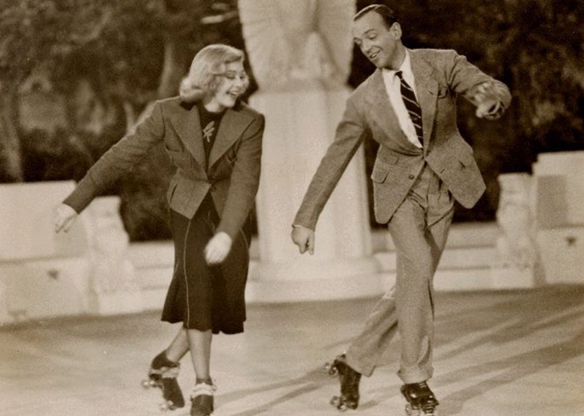 Ginger Rogers and Fred Astaire in “Shall We Dance” (1937)

She grew up dancing as a child and has performed in musical theater and nightclubs over the years. Musicals are her favorite film genre and wants students of Mad About Musicals to know they are so much more than actors bursting into song and dance.

“The musical serves a different purpose for each decade, it’s not just people singing and dance,” Dr. Ament said. “They were serving a purpose and had a mission. There was a reason for the musical and over time that purpose changed.”

Comet Over Hollywood spoke with Dr. Ament on the phone last week to learn more about the Mad About Musicals course:

Comet Over Hollywood: What can people expect from the program? 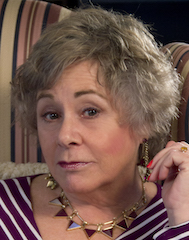 Vanessa Ament: I would say being able to understand the history, culture and some of the main people involved (in musicals) and with why they were made. The course will go decade by decade and show how musicals developed and how they changed culturally and historically, as well as how the studios have their own style of musical.

The decades from the Depression in the 1930s to World War II to the world dominance of the U.S. in the 1950s to the cultural revolution in the 1960s and 1970s—we will show how the world changes affected how musicals were produced. It will be taught decade by decade so people can see how it evolves.

We have designed the course to be really “snackable.” Students don’t have to do all the moving parts. Those enrolled can do daily doses, watch a clip that demonstrates the history of a decade or a star or read behind the scenes of a person. They can also read lecture notes, watch videos we made or listen to the podcasts. At the end, there are quizzes to test how they are learning.

COH: What do you want people to take away from the course

VA: To understand that musicals have a lot more to them than they ever though—Technological and cultural importance. They reflect our country historically.

COH: Not everyone loves musicals. Why should they care or take this course?

VA: For people who don’t like musicals, I think they should continue not to like them but look at the films critically and look at it as an artistic act and historically. No one has to like musicals, but look at how the filmmaking was. Without liking the musicals, this can be analyzed further. Technologically, between 1929 and 1939, it was astonishing to see the difference, especially when you compare Broadway Melody (1929) and Wizard of Oz (1939).

COH: How are musicals important to film history?

VA: People were using singing and dancing as a way of expressing. Songs in films expression emotions that people want to say, but don’t always say to people in real life. I think people who don’t like musicals think, “Life isn’t like that.” Backstage musicals allow people to take a vacation from real life. Story musicals allow the characters to say all kinds of things that other people in real life don’t say.

COH: How were Ball State students involved with the course?

VA: The students helped design logos used for the course and helped shoot and edit the lecture videos.

COH: What is your favorite musical?

VA: There are so many that speak to me:

I love the 1950s musicals because we had won the war and they are high with American culture. It’s hard for me to turn down a musical. I’m a musical performer and know what makes them tick!

COH: If you could be in any musical, what would it be?

VA: Rosalind Russell is my favorite Mama Rose in “Gypsy.” That’s the role I would love to do one day.

There’s still time to sign up for the musical course! You have until June 17 to enroll in “Mad About Musicals.” Register here: https://www.canvas.net/browse/bsu/tcm4/courses/mad-about-musicals

1 thought on “Mad About Musicals: More than just singing and dancing”

Leave a Reply to Laura B. Cancel reply