I’m on a constant quest for new-to-me Christmas movies. I search for them like I have a job in it with benefits. 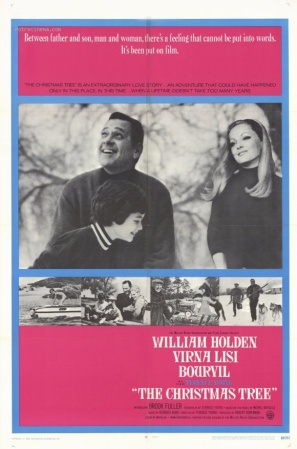 Starring William Holden, Virna Lisi, Bourvil and Brook Fuller, Laurent (Holen) is a widower who goes on summer vacation with his son Pascal (Fuller). Pascal wants to do something new and go camping on a remote island in Corsica.

While camping and swimming, Laurent and Pascal witness a plane carrying crash into the ocean and explode, and Laurent learns that the plane was carrying a nuclear device.

Pascal starts to have strange symptoms, like blue spots appearing and disappearing on his skin. He’s diagnosed as having an incurable disease due to nuclear exposure and is only giving a few months to live.

Not telling his son his diagnosis, Laurent pulls Pascal out of school, and they leave Paris and head to a chateau in the countryside of France. Laurent and the groundskeeper Verdun (Bourvil) let Pascal have whatever he wants — including a tractor to ride around the property and stealing wolves from the zoo.

The wolves are vicious creatures, but Pascal tames them with his gentle nature.

To see “The Christmas Tree,” I ordered a Good Times video VHS (if you remember your VHS tapes, you may recall the quality of Good Times distributed films). The version I watched was in English, but most records show “The Christmas Tree” (or “L’arbre de Noël”) as a French-language film that was then translated into Spanish. I couldn’t find the full-length French version with subtitles, and could only find the English version. I’m not sure which language is considered “the original.” In the French version, William Holden is dubbed by another actor.

“The Christmas Tree” is an odd, bleak film which is a bit of a slog. Since it’s really a film about fulfilling a child’s wishes before he dies, I feel this could be shorter than 100 minutes. For being such a long movie, the plot doesn’t really progress much once the father and son go to the country. He gets a tractor and wolves, and then we see Pascal’s antics with these two things.

“The Christmas Tree” was one of two films he made in 1969. The other was “The Wild Bunch,” was a comeback film for him, according to William Holden expert, Diana Bosch.

“Christmas Tree is a complete 180 from the last film he made, The Wild Bunch,” Bosch said. The Wild Bunch was a comeback film of sorts for Holden giving him his first hit in years, but it’s also notable for its violence. It was surprising for critics and audiences that Holden would come out with such a sentimental weepy right after The Wild Bunch.” 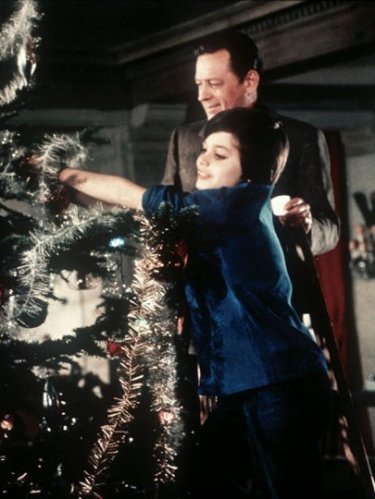 Some think “The Christmas Tree,” dubbed “the most tearful film of the sixties,” was made in response to critics criticizing Holden for saying making violent “The Wild Bunch” was “cathartic,” according to Bosch.

In the 1940s and 1950s, Holden also often played a romantic, flirtatious and also cynical leading man. “The Christmas Tree” is interesting, because Holden plays a dad. He does have a romance with Virna Lisi’s character, but she has little screen time in the film.

“The Christmas Tree is one of the few films were we see Holden play a father and it’s very different from the cynical characters he’s known for. In such the very unsentimental time of the 1960s, it surprises a film like this was even made,” Bosch said. “Holden wasn’t a nostalgic person when it came to his work, he treated them as jobs and was pretty private about his projects, so it’s difficult to know whether he liked this or not.”

While “The Christmas Tree” isn’t a very good film, it is interesting to see William Holden in a different season of his career. There was something that irked me about the child actor, Brook Fuller. “The Christmas Tree” was only one of three film or TV projects Fuller was in. It was also interesting to see veteran French actor Bourvil, who died the next year in 1970 at age 53. Unfortunately, I can’t say much about Virna Lisi’s performance because she had such a small role.

I would love to see the French version to verify that I saw the complete version, particularly because Good Times videos sometimes edited some of their releases.

As far as “The Christmas Tree” begins a Christmas film, Christmas doesn’t come until the very end. However, since the pinnacle scenes occur at Christmas, I would consider this a holiday film. While I was shaking my head at parts of the film, I’ll admit the end is rather tearful (though I can think of other films of the 1960s that make me cry more).