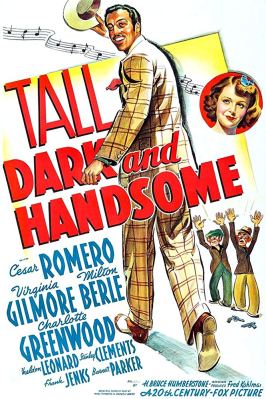 Plot:
Set at Christmas 1928 in Chicago, gangster Shep Morrison (Romero) spots Judy Miller (Gilmore) working as a babysitter for children while mothers shop. Thinking Judy loves children, Shep pretends he has a son. In reality, Judy has ambitions to be a singer.

Trivia:
• Betty Grable was initially set to star in this film, according to a Sept. 18, 1940, news brief by Louella Parsons. John Payne was originally set to star in the film, according to an Oct. 15, 1940, news brief. Cesar Romero and Virginia Gilmore were announced as the leads in an Oct. 24, 1940, news brief by Louella Parsons.
• The first film of Stanley Clements
• Remade as Love That Brute (1950), which Romero co-starred in.
• Gowns by Travis Banton
• Working titles were “Ready, Willing and Beautiful” and “The Under Crust.”
• The department store scenes were filmed in an I. Magnin store located in Los Angeles. 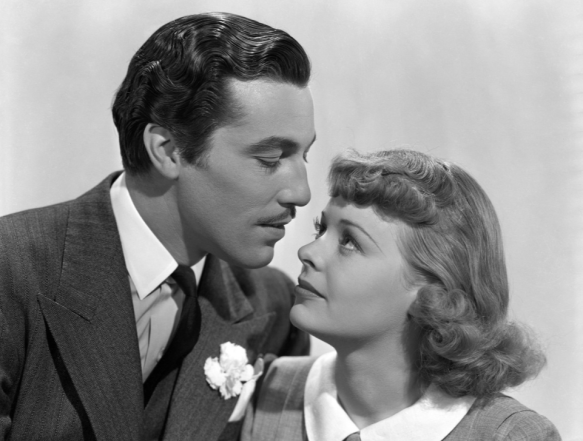 Awards and Nominations:
• Karl Tunberg and Darrell Ware were nominated for an Academy Award for Best Writing, Original Screenplay. 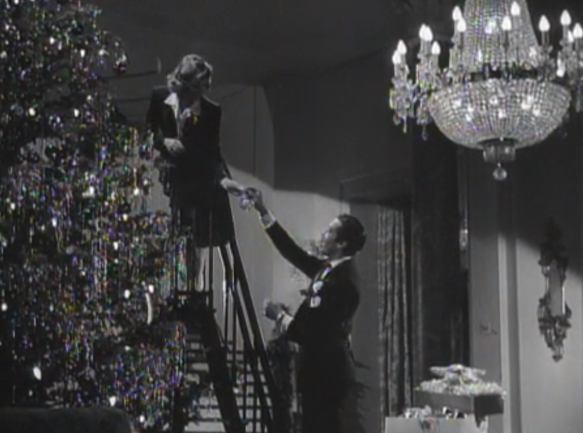 My review:
“Tall, Dark and Handsome” isn’t categorized as a musical, but it had enough song and dance numbers for me to consider it as one.

This 20th Century Fox film is a mix of holiday film, crime, comedy and music.

Set around Christmas in 1928, Cesar Romero plays a Chicago gangster. He has a reputation of being a dangerous killer, but it turns out he’s a softy and has never killed anyone. Shep falls in love with Judy Miller, and first tries to pretend he has a child, thinking she loves kids. When he finds out she wants to be a singer, he helps her hit big.

Cesar Romero is smooth, handsome and charming in “Tall, Dark and Handsome.” He has some great flirty lines that are almost pre-code like. For example, at the beginning, he’s buying lingerie for the showgirls in his club. When the salesgirl walks off, he watches her go and says, “Just send whatever you are wearing.”

His leading lady is Virginia Gilmore, who isn’t a well-known actress or a very strong prescience. She looks vaguely like Jane Greer and has a weak singing voice.

Outside of Romero, the supporting cast is great fun. Charlotte Greenwood has a small role as a saucy and funny club performer. We get to see one of her long-legged dances, and she has some hilarious lines.

14-year-old Stanley Clements plays the kid that Romero adopts to win Gilmore. In his first film, Clements plays a too-big-for-his britches kid who has been around the block a few times.

This was comedian Milton Berle’s first film since 1938.

Though there are only three musical numbers in this film, I still count it as a musical. Though I wish we could have heard Greenwood sing and dance again.

There is something unique, fun and carefree about 1940s 20th Century Fox comedies and musicals. They feel hip for the time because the score consists of more swing and big band music than a traditional score. It would be comparable to today’s top 100 being the score for a film. “Tall, Dark and Handsome” was scored by Emil Newman, the older brother of Alfred Newman, the head of 20th Century Fox’s music department.

“Tall, Dark and Handsome” is a humorous and entertaining film that I may need to start adding to my holiday must-sees.