“A war is on” and there was “no sale for poetry” were some excuses Alice Duer Miller was given when she tried to book published and was turned down by many publishers.

Miller’s book was a 70-page long form poem about an American woman falling in love with an Englishman right before World War I breaks out called “The White Cliffs.”

The poem follows Susan, who is “a traveler, the guest of a week” in England. The trip turns into a lifetime after she meets and falls in love with John. John is killed in World War I, but she continues to stay in England and raise their son in the traditional, upper class English life. As Susan sees another war on the horizon for England, she understands the inevitable future of her son; following in her husband’s footsteps.

While there was initial reluctance to publish, Miller’s later was made into a feature film and was performed on the radio several times by English actress, Lynn Fontanne. 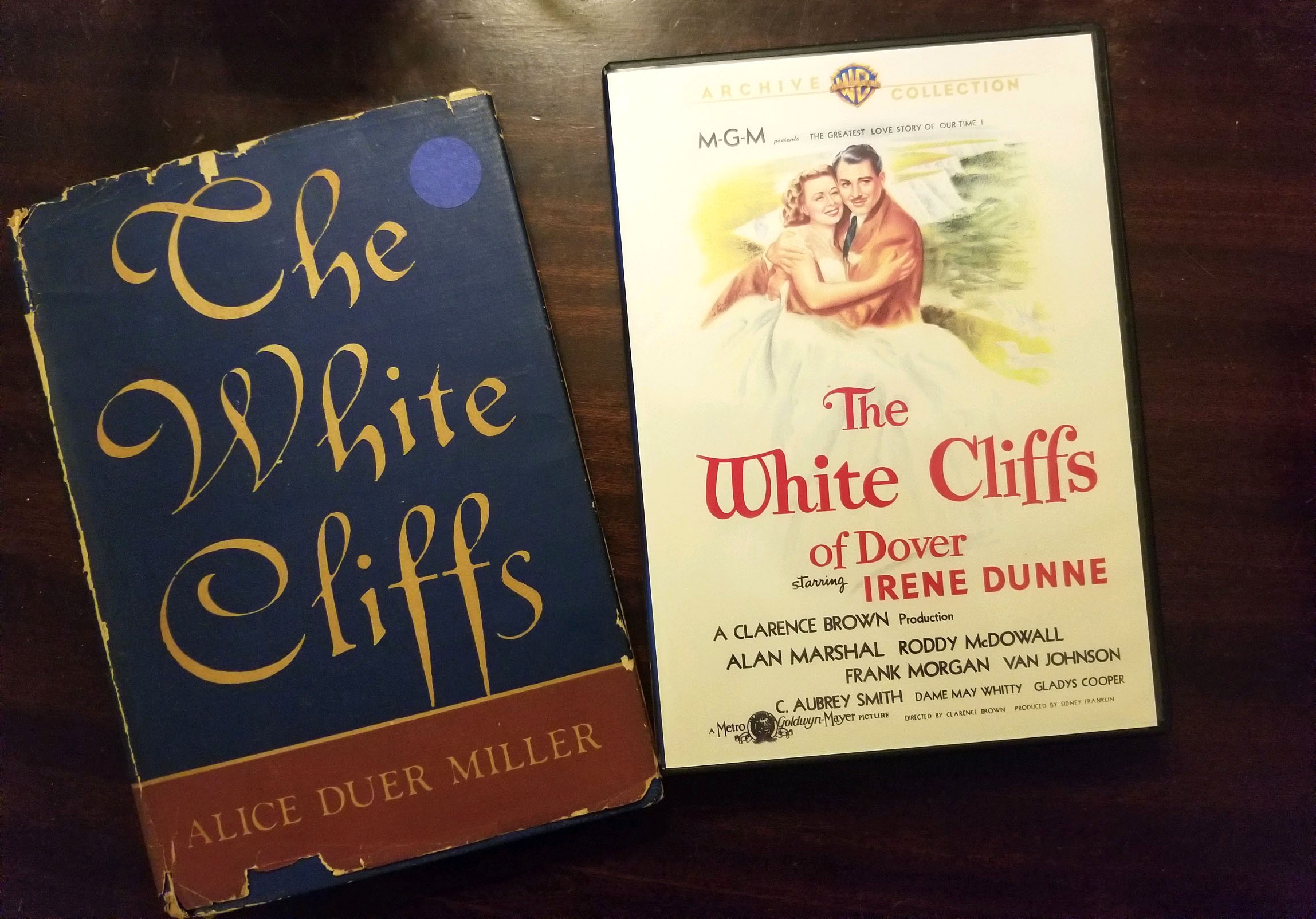 In 1940, Thomas R. Coward of Coward-McCann publishers heard of Miller’s poem and said he was interested in publishing it. Published Sept. 16, 1940, by July 1945, the book sold nearly 700,000 copies and had 33 editions. Miller was already an accomplished mathematician and writer, including the book “Gowns by Roberta,” which was adapted into “Roberta (1935).

After “The White Cliffs” was published, sales were boosted when Miller’s friend and actress Lynn Fontanne read an abridged version on the radio in October 1940. The first broadcast was so successful, Fontanne read the poem again on the radio two weeks later, read it while on tour in Canada, performed it with the Cleveland Orchestra and then recorded it for NBC and Victor Records, according to Alfred Lunt and Lynn Fontanne’s biographer, Margot Peters.

Newspapers noted that it was unusual for a long-form poem to receive such attention; boasting that “Narrative verse, after decades of neglect … seems to be enjoying a new efflorescence,” wrote Blair Fraser in the Montreal Gazette, Dec. 14, 1940.

The novel’s success came with interest from Hollywood.

Metro-Goldwyn-Mayer studio eventually purchased the rights from Brown, who directed the 1944 film THE WHITE CLIFFS OF DOVER. The film starred Irene Dunne as the lead character, Susan, with Alan Marshal as her husband, John. Alice Duer Miller died in 1942 at age 68 prior to the film’s release.

Miller’s poem was adapted for screen by Claudine West, Jan Lustig and George Froeschel, forming the poem into a 2 hour and 5 minute narrative film.

The film opens with Irene Dunne reading the opening lines of the poem:
I have loved England, dearly and deeply,
Since that first morning, shining and pure,
The white cliffs of Dover, I saw rising steeply
Out of the sea that once made her secure.
I had no thought then of husband or lover, I was a traveler, the guest of a week;
Yet when they pointed ‘the white cliffs of Dover,’
Startled I found there were tears on my cheek.

And throughout the film during transitional scenes, Dunne will read portions of the poem that fit the narrative. For example, when Dunne’s character determines to leave John and England (but he meets her at the boat to bring her home), she reads the portion of the poem that describes this scene.

Much like the poem, the film follows Susan as she makes a trip to England from America, meets and falls in love with John shortly before World War I begins. As war rages in Europe, Susan lives with her English mother-in-law and gives birth to a son. She continues to live in England even after John’s death, and understands the fate of her son as World War II begins.

Of course, some liberties were taken with the script and moments were added to beef up the script. For example, the film opens with Dunne, made to look like an older adult, as a nurse in a military hospital and her son is fighting in World War II. This isn’t described in the book.

The timeline is different in some areas as well. For example, the poem describes Susan determining to leave when war breaks out. In the film, Susan and John learn they are at war while on their honeymoon. There are other minor differences, like the family ghost in the film being a horseman that rides to the house. In the poem, it’s a ghost that sighs when a loved one has died.

While there are some plot and detail differences, I don’t think that any of it takes away from Miller’s initial goal, which was to move the United States to rally behind English allies.

WHITE CLIFFS OF DOVER (1944) was inspired by the success of MRS. MINIVER (1941), another war story of England, according to Dunne’s biographer Wes D. Gehring. Critics didn’t care for the movie saying it was too English and genteel.

“This sterling-silver picture…is such a tribute to English gentility as only an American studio would dare to make,” New York Times Bosley Crowther wrote.

While I personally enjoy this film, the only potential flaw could be the timing of when it was released. When Miller’s poem was published in Sept. 1940 with the goal of encouraging the United States to rally behind England, the U.S. was not yet in World War II and wasn’t until Dec. 1941. By the time the film version was released in May 1944, the U.S. was in World War II and supported England, so Miller’s goal had already been met by this point.

However, I think the film is lush and poignant with an excellent cast. It’s personally a favorite of mine. Irene Dunne is wonderful in everything and Alan Marshal is dashing as ever. The supporting cast is rounded out by Frank Morgan, C. Aubrey Smith, Dame May Whitty and Gladys Cooper. Roddy McDowall, Peter Lawford, Van Johnson, June Lockhart and Elizabeth Taylor can all also be seen in minor roles.

Clarence Brown directs the film beautifully and it has gorgeous cinematography by George J. Folsey and Robert H. Planck.

As a postscript, the song “(There’ll Be Blue Birds Over) The White Cliffs Of Dover” was composed in 1941 by American songwriters Walter Kent and Nat Burton. While it has been assumed that Miller’s poem inspired the song, I haven’t found documentation of this. The song is not performed in the 1944 film.

If you are interested in reading Miller’s full 1940 poem, you can find it by clicking here.