This is March’s edition of Comet Over Hollywood’s classic film references in music videos. 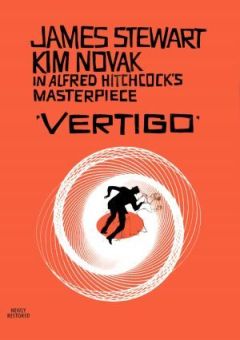 Last March, Kim Novak was up in arms when “The Artist” (2011) used a portion of Bernard Herrmann’s score from the Alfred Hitchcock film “Vertigo” (1958).

It’s surprising that she wasn’t equally upset after Lady Gaga used Herrmann’s prelude to the film “Vertigo” in her music video “Born This Way.”

“Born This Way” was the first single released from the same name album “Born This Way.” Both the video and single debuted in February 2011.

The five minute video begins with Lady Gaga speaking over the “Vertigo” dream like music, calling the video and song “the manifesto of Mother Monster.”

As referenced in a 2010 Comet Over Hollywood post, Lady Gaga has referenced Alfred Hitchcock in other songs such as “Bad Romance” with the lines:

““I want your psycho, Your vertigo stick, Want you in my rear window, Baby you’re sick””

Gaga also references Kim Novak in the single “So Happy I Could Die” from the album The Fame Monster with the line “I am that Lavender Blonde.”

In her early days of acting, Kim Novak was publicized as the Lavender Blonde or the Lavender Girl at Columbia studios. They tinted her blonde hair with lavender highlights, frequently dressed her in shades of purple and forced her to decorate her apartment in the color, according to the book “Leading Ladies: The 50 Most Unforgettable Actresses of the Studio Era.”

3 thoughts on “Classic films in music videos: Born this Way by Lady Gaga”