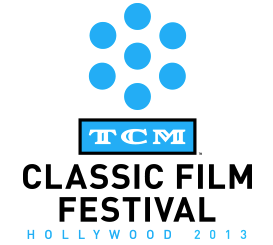 In roughly a week, I will be leaving my familiar North Carolina, small town surroundings for a solo adventure.
I’ll be attending my first Turner Classic Film Festival (TCMFF) in Los Angeles, CA, which will involve flying alone for the first time.
Attending this festival has been something I’ve wanted to do since the festival started. But in 2010 and 2011, I was still in college and the event hit around exams.
In 2012, I was working at my first reporter job out of college-a three day a week newspaper in a small town. I was making an equally small sum of money, prohibiting me from saving enough to ever think of going to the festival.
At this same time last year I was going through a difficult personal time but not being at the festival hurt more.
As I cried real tears, watching photos of fans with Robert Osborne being posted, I vowed I would be in California in 2013. And now I’m going.
But that may be where the road to TCMFF begins but not my classic film passion.
As a small child, I thought every kid watched “Seven Brides for Seven Brothers” and “Yankee Doodle Dandy” with their parents.
In middle school, I only listened to bands like the Monkees and Herman’s Hermits. I couldn’t understand why only one of my classmates had seen “Breakfast at Tiffany’s.”
In high school, I accepted I was different, if not weird. As I attempted to learn steps to the mambo in “West Side Story,” or chose to stay home and watch “The Lost Weekend” or “A Date with Judy” than go party with friends, I realized I was a classic film fan.
My teenage classmates considered it uncool-not that I cared-but once I got to college, it was embraced. I would hesitantly tell people, “I love old movies” and they would exclaim how cool it was.
By sophomore year of college, I started Comet Over Hollywood and was amazed to find how many other fans there were out there who were like me. They also loved the shots during the canteen dance in “Since You; Went Away” or appreciated the child acting of Virginia Weidler-most importantly they knew what I was talking about.
They were like me, a classic movie fan.
Now, working at a daily newspaper, I have the opportunity to spread even more film love with a weekly column. Since, I’ve receieved e-mails from readers telling me how they met spouses due to film love or thank me for helping them relive memories of seeing “A Summer Place.”
And next week from April 25 to April 29, I can connect with even more fans in person.
As for the movies I’m going to see? I honestly I haven’t made a rough game plan of what movies I’ll be attending-not only does newspaper reporting keep me busy, but I hope for my trip to be rather spontaneous.
However, I do know I’m interested in the screenings of “Libeled Lady,” “South Pacific” (Mitzi Gaynor is a favorite of mine), “It” and either of the Ann Blyth films (she’s also a favorite of mine)- but honestly those are the only films I remember seeing after a first glance at the film schedule. I know there are more.
And of course, I hope to see my hero and favorite person on the planet-Robert Osborne-even if it’s from 100 feet away.
So film fans and dear readers, I look forward to seeing you soon if you are attending. And if you are, please say hello.
I’ll be the blond who will still be saying y’all, even in Hollywood.
Love,
Jessica P.
The Hollywood Comet

25 thoughts on “The Comet goes to Hollywood”