This is May’s edition of Comet Over Hollywood’s classic film references in movies.

Citizen Kane (1941) was named the greatest film of all time by the American Film Institute in 1998.

But prior to this, Madonna used themes from the Orson Welles film in her 1989 music video “Oh Father,” according to writer E. Ann Kaplan. 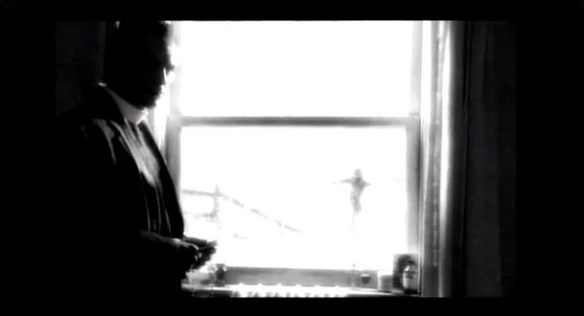 The whole video is shot in black and white. At the beginning of the music video, a priest is looking out the window, watching a little girl spin and play in the snow. Inside, the little girl’s father is lying over her mother as she dies. 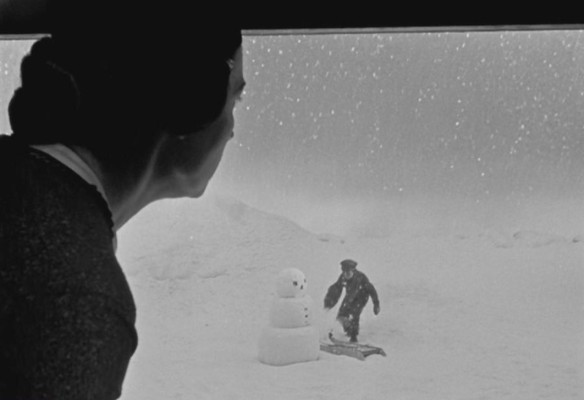 Madonna’s video was modeled after his scene of Agnes Morehead as Mary Kane watching young Charles Foster Kane playing outside. (Screen capture by Comet Over Hollywood)

The scene is similar to young Charles Foster Kane playing in the snow as his parents are inside, preparing to send him away with guardian to be raised in luxury. When Kane is taken away from his parents, he acts rebellious and is expelled from several universities.

The song and video were Madonna’s attempt to accept her mother’s death and her father remarrying.