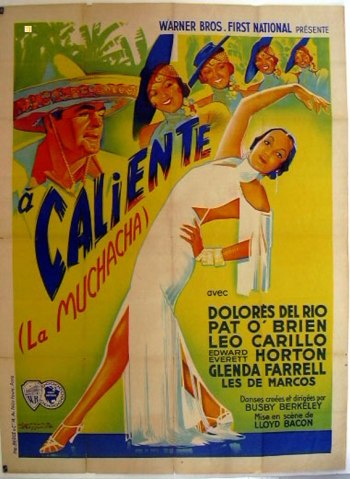 Plot:
Magazine editor Larry MacArthur (O’Brien) is taken by his assistant Harold Brandon (Horton) to Mexico so that MacArthur can get away from his gold digging fiance Clara (Farrell). In Mexico, MacArthur falls in love with the beautiful dancer Rita Gomez (Del Rio), who he once gave a bad review of her dancing in his magazine.

Trivia:
-After the film wrapped, a party was held on Sept. 8, 1935. Busby Berkeley drank too much and after leaving the the party, he was in a car wreck on the Roosevelt Highway. Berkeley lost control of his car after his left front tire blew out. Berkeley crossed the center line and hit one vehicle head on and collided with another car. Two people were dead at the scene, another died at the hospital and five others were injured, according to Buzz: The Life and Art of Busby Berkeley by Jeffrey Spivak. The head on collision was with college students, William Hudson and Clarence Burtless, Jr. The second car was struck so hard it flipped. Berkeley was charged with second degree murder, but the jury was hung and he was later acquitted, according to Spivak. 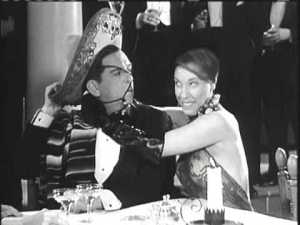 -In the dance number “Lady in Red,” each performer is wearing a blue costume, because it looks more like red in black-and-white, according to Buzz: The Life and Art of Busby Berkeley by Jeffrey Spivak

-Photoplay magazine called the film “Best Picture of the Month” along with “Our Little Girl” and “Public Hero No. 1.”

Notable Songs:
-The Lady in Red performed by Wini Shaw, Judy Canova, chorus
-In Caliente performed by the chorus throughout the film
-Muchacha performed by Dolores Del Rio

My Review:
“In Caliente” is more of a comedy than a full-blown Busby Berkeley musical but is entertaining regardless.
From the glamour of Dolores Del Rio to hilarious Edward Everett Horton, Glenda Farrell and Pat O’Brien- “In Caliente” is very funny with an excellent cast.
The highlight of the film was Edward Everett Horton and Busby Berkeley’s two major musical numbers. While I love Glenda Farrell, I felt like she was wasted in this film. “The Lady in Red” was the most memorable song-partially because it is nine minutes long, so how could you forget it? It’s also good to see Wini Shaw briefly in the film. “In Caliente” also gets stuck in your head, because it’s a running joke that a band plays it every time someone enters the Mexican hotel. It is almost curious that this was made into a musical rather than just a straight comedy.
While “In Caliente” isn’t a stand-out Warner Brothers musical, it’s still a fun little escapism piece. 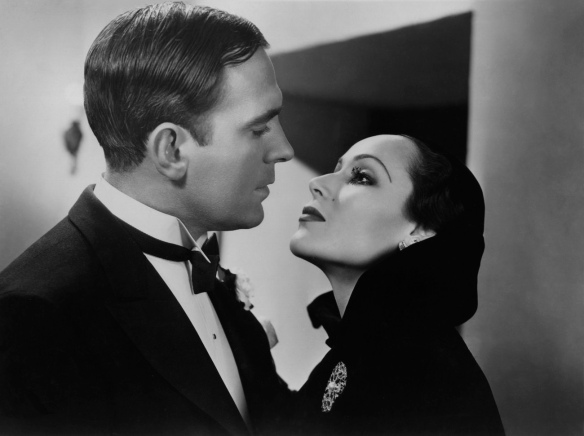