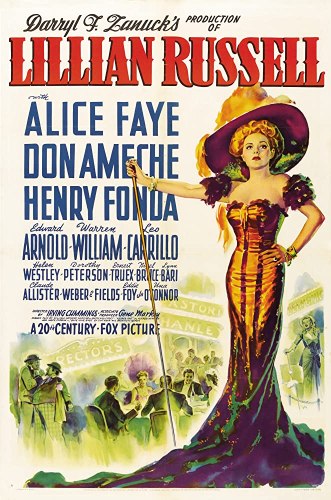 Plot:
In a biographical musical of performer Lillian Russell (Faye), the story follows Helen Louise Leonard and her transformation to the big star Lillian Russell. After she is discovered in 1890 by Tony Pastor (Carrillo), Russell is rises to fame and has many suitors including Diamond Jim Brady (Arnold), Jesse Lewisohn (William), Alexander Moore (Fonda) and Edward Solomon (Ameche).

Trivia:
• Edward Arnold previously played Diamond Jim Brady in Diamond Jim (1935).
• The story was reprised on The Lux Radio Theaters in Oct. 1940 starring Alice Faye and Victor Mature
• The songs “Adored One” and “Blue Lovebird” were written for the film.
• Alice Faye and Don Ameche’s fifth film together.
• Travis Banton was the costume designer on the film. Madame Rosa Binner, who designed corsets for Lillian Russell, also acted as technical advisor. Willys DeMond also created the stockings worn by Faye, which are a replica of what Russell wore, according to an article in Modern Screen, May 1940.
• Three people on set knew Lillian Russell: the comedic team Lew Fields and Joe Weber, and director Irving Cummings, according to Modern Screen Magazine.
• In 1936, MGM was interested in telling the story of Lillian Russell as a possible vehicle for Jeanette MacDonald, but the project never materialized, according to the book Lillian Russell: A Biography of “America’s Beauty” by Armond Fields. 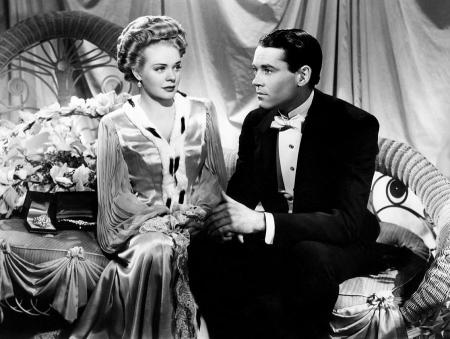 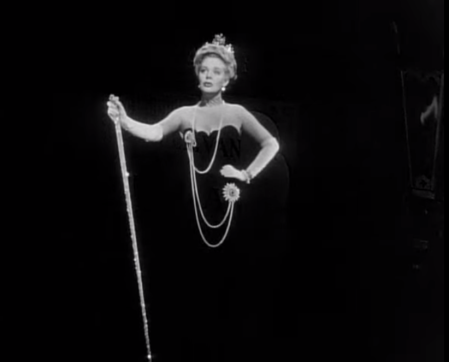 My review:
When it comes to the history of American performers – Lillian Russell was one of the biggest stars of the stage in the late-1800s and early 1900s. She was one of the world’s famous actresses and singers, and her beauty and style was imitated by women across the country – think of any social media “star” of today. But not many people today can hold a candle to the fame of Russell.

But perhaps, many people of today wouldn’t remember her either. Russell retired in 1919 and died in 1922.

In 1940, 20th Century Fox producer Darryl F. Zanuck took on the mammoth task of telling the story of this larger than life figure. And his top star Alice Faye was in the title role.

At this point in her career, this was the best role Faye had been offered, and she later said it was her best film.

“Playing Lillian Russell was a challenge, but I was helped immensely by the director, Irving Cummings, who had been an actor and really made the picture for me,” said Alice Faye quoted in the book Alice Faye: A Life Beyond the Silver Screen by Jane Lenz Elder.

Zanuck wanted to show modern audiences why Lillian Russell was so popular in her day, according to Elder’s book.

Zanuck also wanted to create this biographical musical was also in response to Metro-Goldwyn-Mayer’s larger than life biopic musical, “The Great Ziegfeld” (1936) on the impresario Florenz Ziegfeld.

As far as biographical musicals go, while there certainly are fictionalized pieces, other aspects are interestingly accurate (though smoothed over). 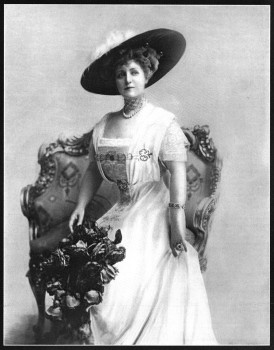 For example, the real names of Russell’s husbands and love interests are used. This is seldom done in biographical films, and sometimes the lover interests are a composite of multiple people.

However, some heavy shine was applied. For example, Edward Arnold’s character of Diamond Jim Brady was a real person who was in Russell’s life. In real life, Russell and Brady had a relationship of sorts for nearly 40 years and he financially supported her lifestyle. In the film, however, Arnold’s Diamond Jim Brady is only a friend of Russell and he suffers from unrequited love.

Two of Russell’s four husbands are omitted and there are no divorces. Don Ameche plays Edward Solomon, a composer who Russell became his mistress and then married. In real life, the couple divorced when Solomon had bigamy charges brought against him. Like in the movie, they did have a daughter together Dorothy.

The film only depicts Russell’s daughter, Dorothy, though Russell had a son Harry from her first marriage. Harry died as a baby.

Henry Fonda plays reporter Alexander Pollock Moore, and Moore and Russell did marry in 1912 and were together until Russell’s death in 1922.

Some historical fibbing and omissions are nothing surprising. Russell’s sister Susan wasn’t pleased with the script, and neither was her daughter Dorothy, though she agreed to the film, according to “Lillian Russell: A Biography of America’s Beauty” by Armond Fields.

“Lillian Russell” is really one of the best musical biopics that I have seen.

Faye does a fantastic job playing the glamorous lady and sings in her magnificent, deep voice. She wears glorious costumes designed by Travis Banton and jewels by Eugene Joseff, and Faye is quoted that even her undergarments were beautifully designed and had the best lace. Playing Lillian Russell gave Alice Faye a more challenging role with more depth than many of her musical characters. Her Russell starts out as an eager, sweet young girl who wants fame. Then she quickly rises to fame and is showered with attention. She experiences a tragedy, which makes her hesitant to perform. The tragedy and sorrow come across in her performance of “Blue Lovebird.”

Alice Faye is flanked by an excellent supporting cast and several leading men.

Her suitors and husband are played by Don Ameche, Henry Fonda, Warren William and Edward Arnold. Can you ask for a better group of actors? Arnold and Ameche get the most screentime. William does feel wasted, but he’s always wonderful in any film. Fonda’s character drifts in and out of Russell’s life but is the one who is there in the end.

Coming off the dramatic success of “Grapes of Wrath,” Fonda wasn’t thrilled with being cast in “Lillian Russell,” particularly because there was a whole group of leading men. He said it was nothing against Alice Faye, it just wasn’t the follow-up role he was expecting, according to Elder’s book.

There is an added bonus of Eddie Foy, Jr. performing as his father, Eddie Foy.

The only downside of the film is the appearance of comedic team Lew Fields and Joe Weber. Near the end of the film, Fields and Weber (who knew the real Lillian Russell) are in a comedy scene as they play cards backstage. It’s one of those fast-talking, argue vaudeville acts and it brings the film to a grinding halt. Frankly, I fast-forwarded through this part. I couldn’t really understand what they were saying and it brought the film to a grinding halt.

Other than the Fields and Weber scene, “Lillian Russell” (1940) has an engaging storyline, fabulous songs, and is gorgeous to look at.

Faye was disappointed that it wasn’t filmed in Technicolor, however, the film looks beautiful with Leon Shamroy’s black-and-white cinematography.

“Lillian Russell” was released on DVD in 2007 in an Alice Faye DVD set. I have owned this DVD since 2007, but hadn’t watched it until this year in 2020. For some reason I wanted to save that first time viewing and ended up waiting 13 years to do so. And it didn’t disappoint. I knew this would be a special movie to see and it was.

Is this the full truth of Lillian Russell? No, I do recommend reading about her life. It’s interesting (and in some places horrifying – re: her first baby). But you do learn a little about one of America’s most famous performers at the turn of the century and see the great talent of Alice Faye. 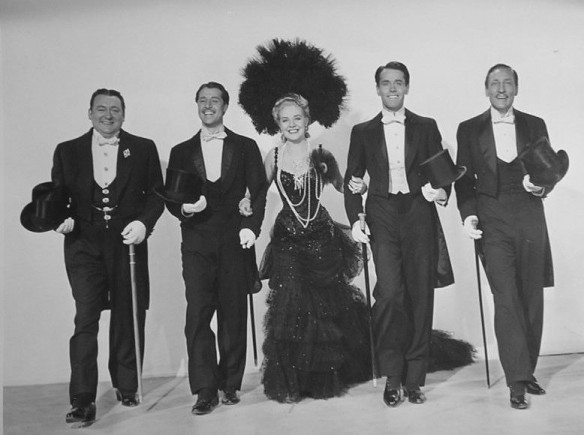