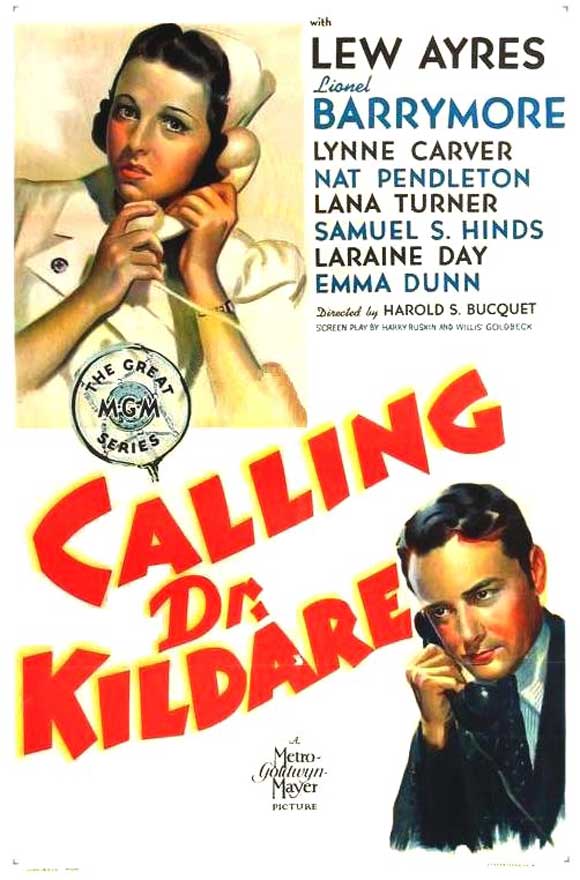 When James Kildare (Ayres) and physician leader Dr. Gillespie (Barrymore) have an argument, Dr. Gillespie fires Dr. Kildare from Blair General Hospital and has him work at a community clinic. To keep an eye on him, Dr. Gillespie hires nurse Mary Lamont (Day). While at the clinic, a Dr. Kildare cares for a patient with a gunshot wound and doesn’t report it to the police. Dr. Kildare gets entangled in the crime associated and with the patient’s sister, Rosalie (Turner).

– Lionel Barrymore was in four films released in 1939.

– Lana Turner was in three films released in 1939.

– Marie Blake was in eight films released in 1939.

– 1939 helped get Laraine Day her start because she was signed to MGM this year where she found more success. This was her first “Dr. Kildare” film.

– Walter Kingsford was in seven films released in 1939. 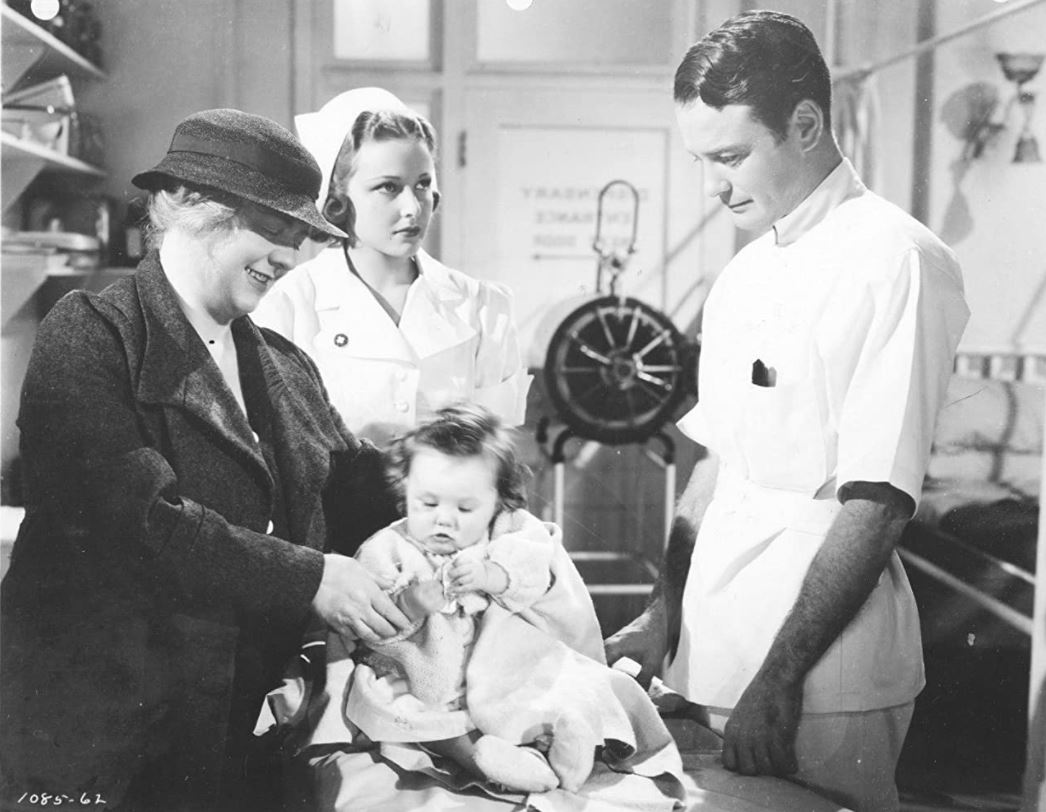 • Based on the book “Calling Dr. Kildare” by Max Brand.

One summer several years ago, my parents and I watched every Dr. Kildare film; watching one film a night. It’s one of my favorite summer memories so any time I watch one of the Dr. Kildare films, I think of that time.

Like the rest of the 15 Dr. Kildare and Dr. Gillespie films, this series had a low level budget but brought Metro-Goldwyn-Mayer high dividends. Dr. Kildare was one a few successful MGM series films, like “Maisie” and “Andy Hardy.”

The first Dr. Kildare film released in 1939, characters important to the rest of the series are introduced in “Calling Dr. Kildare”:

– It’s the first appearance of Nurse Mary Lamont, played Laraine Day. There is no love loss between the Dr. Kildare and Nurse Lamont in the first film, but they become a romantic item in later films.

–  Alma Kruger makes her first appearance as no-nonsense Nurse Molly Byrd, who is the only person who can talk back to gruff Dr. Gillespie and get away with it.

– We are also introduced to Mike Sullivan, played by Frank Orth, who owns the Hospital Café. He doesn’t have a large or important role here, but he becomes an important character in the later films.

I love this movie and most of the others in the series. For a low budget film, it is also incredibly well shot with great cinematography from Alfred Gilks and Lester White. Not to mention that the Warner Archive Collection print is gorgeous.

As far as 1939 films go, I do think this is important in the canon of greats from that year. DR. KILDARE helped cement the popularity of the film series. While medical shows are a dime a dozen today, this was a way to give moviegoers a glimpse into the medical field – even if some of the treatments may seem old-fashioned today. Adapted from Max Brand novels, the films later spawned a radio show and a 1960s TV show with Richard Chamberlain and Raymond Massey.

Lew Ayres said the films were popular, because they were about “generalities of people’s interest in medicine. The public is interested in home life and home problems,” according to his biographer.

It was also important in the career of Laraine Day. In 1939, Day was signed to MGM and CALLING DR. KIDLARE was not only her first film under contract, but also one of her first major film roles in general.

While Ayres enjoyed playing the repetitive role, Day wasn’t as keen on being in a series. She felt it was a punishment from studio head Louis B. Mayer, according to Ayres’s biographer.

This film was also important in the career of Lana Turner, who turned 18 years old right before filming began. This was a more prominent role and by her next film, THESE GLAMOUR GIRLS, she had top billing.

Above all, CALLING DR. KILDARE and the rest of the series are so much fun and also like a warm security blanket.

In this film, we get some sentimental moments from Dr. Kildare’s parents, played by Emma Dunn and Samuel S. Hinds. I love as Mrs. Kildare takes down the “James Kildare” sign off their front porch when she realizes her son isn’t coming home. Those signature sentimental MGM violins play as the camera closes in on Emma Dunn’s face and it’s a very sweet moment.

We also have a great moment where Dr. Gillespie, played by Lionel Barrymore, gives a patient a tongue lashing for skipping meals to lose weight and that food is fuel for our bodies.

“Now you just keep that up. And by next year you will have the finest figure in the cemetery,” Dr. Gillespie says.

Phew! He never pulls any punches and I loved this take on diet culture.

We also get to see fabulous child actor Bobs Watson shed some tears, and Nat Pendleton in a comedic role.

It’s great. Watch it … and all the other Dr. Kildare films.