Plot:
Larry Poole (Crosby), who lives like a roaming minstrel, is tasked with finding two people: Gramp Smith (Meek) and a little girl, Patsy Smith (Fellows). Larry was just released from jail and one of his fellow inmates on his way to the electric chair wants Larry to tell Gramp and Patsy that he killed Patsy’s father, and to give the pair some property. While Larry does this, a welfare worker, Susan (Evans), is working to check in on Patsy to see she if she is raised properly or will have to go to an orphanage.

Trivia:
• Louis Armstrong’s second feature film appearance. His first appearance was in the 1930 film “Ex Flame.”
• Bing Crosby fought for Louis Armstrong to be cast in the film, according to Crosby’s biographer.
• Based on the book “The Peacock’s Feather” by Katherine Leslie Moore
• Bing Crosby introduced the song “Pennies from Heaven” written by Arthur Johnston and Johnny Burke. 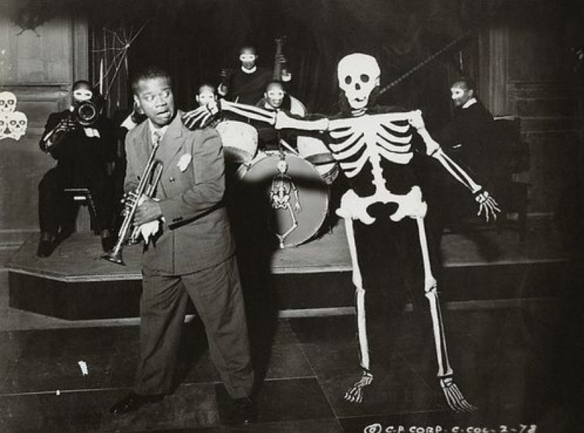 My review:
Before I begin, this film is not connected to the 1981 film “Pennies from Heaven,” starring Steve Martin, Bernadette Peters and Christopher Walken—though some places erroneously note say that the 1981 film is a remake. The plot lines are not similar, they just have the same title.

Still early in his career and coming off the success of Rhythm on the Range, Bing Crosby plays a man, Larry, recently released from jail, who fancies himself a traveling, singing troubadour. He also is on a mission — a man recently sent to the chair asked him to bequeath property to an old man and child, Patsy, (Donald Meek, Edith Fellows), because he killed Patsy’s father. While Larry tries to help Gramps and Patsy, the law is also on their heels, because Patsy isn’t in school and they believe she should go to an orphanage.

While the plot is a bit convoluted to type out, this film is a good time. While Bing Crosby’s star was starting to rise as a film star, this film also was important in the film career of Louis Armstrong. Crosby lobbied for Armstrong to accompany him in the film, though he was met with resistance from studio brass.

Armstrong is a highlight of this film, and sings the most fun son in the film – “Skeletons in the Closet,” which of course is fun for the Halloween season. The song is performed when Edith Fellows and Donald Meek move into what they think is a haunted house and create a haunted house café. Probably my favorite part of the film. Armstrong does perpetuate some stereotypes of the film, like not being able to math (dividing 10 percent) or stealing chickens.

Per usual, child actress Edith Fellows is excellent. Leading lady Madge Evans, who I think is largely forgotten today and underrated, is capable and a kind foil to the group. And Donald Meek is a treasure.

Filled with silliness and fun, “Pennies from Heaven” is an enjoyable film that also somehow fits the bill for the spooky season. A pleasant way to pass the time.