“What are you most excited about,” several people asked when I arrived in Hollywood at the Turner Classic Film Festival last Wednesday.

I fumbled for words like Ralphie trying to tell Santa what he wants for Christmas as I thought of the best answer.

My mind turned to seeing 93-year-old actress Maureen O’Hara introduce the film “How Green is My Valley” or to watching rare films like Alan Ladd in “The Great Gatsby” on the big screen.

Robert Osborne interview Maureen O’Hara before “How Green is My Valley.” (Comet Over Hollywood/Jessica Pickens)

Suddenly it hit me: I was happy to be around people who appreciated classic films as much as I do- if not more. People with whom you can discuss classic film topics such as character actor Donald Meek or Robert Walker and Jennifer Jones divorce.

This year’s festival was the second time I attended. I had the privilege to receive media credentials, covering the festival for my website Comet Over Hollywood and the Shelby Star newspaper.

“Movies are a necessity to our lives,” Osborne said.

My second go at the festival was different than my first time. My first time at TCMFF, I devoured as many movies as possible. For example, last year, I watched 18 films, and this year I only saw roughly 12.

I think this year I had a richer adventure. I watched films but experienced unique events not found anywhere near me.

Where else can you see an actor like Jerry Lewis immortalized during a hand print ceremony outside of TCL (Graumann’s) Chinese Theater or wait in line for two hours to see a rare appearance made by Maureen O’Hara.

But my favorite event was “Ask Robert,” which started under the pretense of a question and answer portion for Robert Osborne. 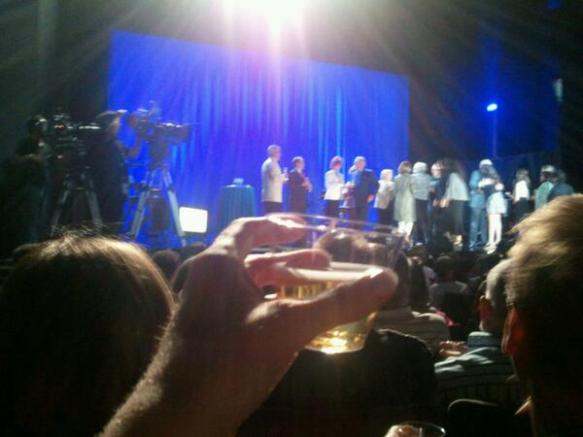 The crowd and guests toasted to Robert Osborne and 20 years of TCM. (Comet Over Hollywood/Jessica Pickens)

What you see is what you get,” said Osborne’s cousin. “When he talks to you, he makes you feel like you are the only person in the world that he wants to talk to.”

I also had the privilege to hear musician Quincy Jones and actor Alan Arkin reflect on their careers, as well as former child actress Margaret O’Brien pay tribute to the late Mickey Rooney.

“He always had his ‘Mickey’ face,” O’Brien said.

Maureen O’Hara received a standing ovation and she weakly waved her hand to tell everyone to sit down.

“Don’t be fooled into thinking I do magic things,” said the 93-year-old Irish actress.

The Turner Classic Film Festival is four days filled with film watching and walking down the strangest place in America- Hollywood Boulevard. You may don’t eat much, you may sleep four hours a night and it’s wonderful. 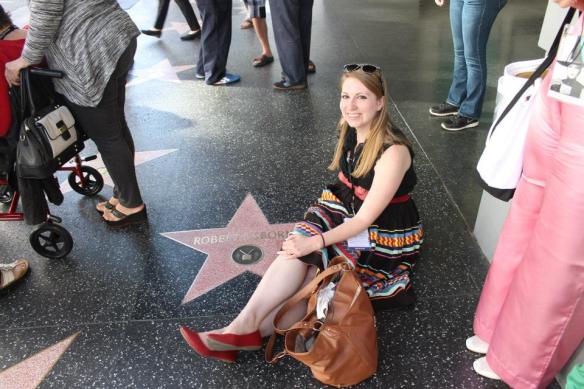 Posing with Robert Osborne’s star on the Walk of Fame in front of the Montalban Theater. (Comet Over Hollywood/Jessica Pickens)