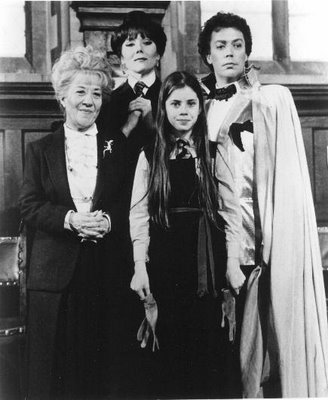 This week’s musical:
“The Worst Witch”

Director:
Robert Young (not the actor)

Plot:
Young witch Mildred Hubble (Balk) is in her first semester at Miss Cackle’s (Rae) Academy for Witches. The clumsy young witch means well, but constantly is getting into mischief as she makes mistakes or accidentally creates mishaps. Some of her mistakes include making herself invisible instead of creating a laughing potion or turning her mean classmate Ethel (Kipling) into a pig. When all of the other girls are given black witches kittens, Mildred even ends up with a grey and white tabby.
Her stern teacher Miss Hardbroom (Rigg) thinks Mildred isn’t trying hard enough and creates the messes on purpose.
While Mildred is suffering from her mishaps, Miss Cackle’s evil twin sister Aggie (also Rae), is plotting to take over the school and make the students evil witches.
When it is announced the Grand Wizard (Curry) is coming to the school for the Halloween celebration, Mildred practices hard so she can be in the flying broomstick presentation. But stuck-up Ethel works to sabotage her and get Mildred expelled.

Worst witch Mildred Hubbel (right) makes she and her friend Maud disappear when she makes a mistake with a laughing potion.

Trivia:
-Originally aired on Nov. 1, 1986, on HBO.
-Based off the children’s books series by Jill Murphey. Murphey adapted the stories from her own experiences at school- changing chemistry to potions or singing to chanting.
-Filmed at St. Michael’s College in Tenbury Wells, Worcestershire, England, UK
-A UK television show was made using the story and ran from 1998 to 2001.

Highlights:
-Any scene with Tim Curry, especially his hilarious song “Anything Can Happen on Halloween”
-One of the writers of the script or the original story must have been a fan of bandleader Kay Kyser. One of the spells starts with “Ish Kabbible” which is the name of one of Kyser’s popular band mates.

Notable Songs:
-The Worst Witch (Growing Up Isn’t Easy) performed by Bonnie Langford — the theme of the movie, and it reminded me of “Hardknock Life” from “Annie”
-Queen Aggie’s School performed by Charlotte Rae — it’s not a good song, but it will get stuck in your head, and Rae is humorous
-Anything Can Happen on Halloween performed by Tim Curry — the song is so hilarious bad that it’s terrific

I know, this is not your sparkling, Hollywood, Freed-unit movie musical, but I thought I would throw a bit of nostalgia your way for Halloween.
I don’t know about you, but I remember watching “The Worst Witch” on the Disney channel when it would air around Halloween. Revisiting the hour long TV special for Musical Monday brought back some fond memories.
“The Worst Witch” truly is delightful. Admittedly, it’s not the best script you will ever read and the songs are very silly, but it is so much fun.
The child actresses do a fairly good job (though they are frequently whiny), and the snobbish bully plays a character that is easy to dislike.
Diana Rigg does a wonderful job playing the hard, stern teacher with a beautifully deep voice. Twenty years after her “Avengers” days, she is (of course) still looking beautiful, even in a witch’s get-up.
And Charlotte Rae is so much fun in her dual role– one a proper English headmistress of the Witch Academy and the other, an evil redneck witch with a Southern accent.
But of course, though his role was maybe 10 minutes, Tim Curry’s random but memorable appearance is my favorite performance.
He flies in, drops the mic by singing a ridiculous song that has special effects only found in the 1980s and includes the lyrics “Your dentist could turn into a queen. Has anybody scene my tambourine? Maybe I will play, ‘Begin the Beguine.’
Curry’s brief performance is just so deliciously campy that I couldn’t help giggle the whole time.
“The Worst Witch” is only an hour long and a cute story to accompany your Halloween. 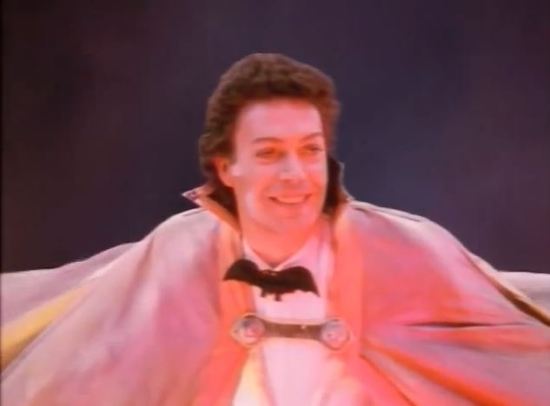