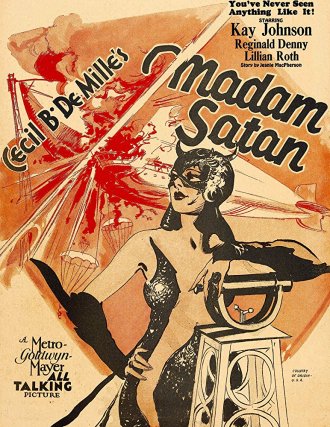 Plot:
Angela Brooks (Johnson) discovers her husband Bob (Denny) is cheating on her with Trixie (Roth). His friend Jimmy Wade (Young) tries to cover for him, but Angela isn’t fooled. To try to win her husband back, Angela goes to a wild masquerade ball on a zeppelin thrown by Jimmy. She disguises herself as the sexy Madam Satan to lure her husband back to her and make him believe that she is not cold, as he believes.

Trivia:
– Cecil B. DeMille’s only musical
– DeMille cast his adopted daughter, Katherine DeMille, as an extra. She is one of Henry VIII’s wives at the costume party on the zeppelin.
– Cecil B. DeMille considered Gloria Swanson for the lead, but she was unavailable due to filming Queen Kelly, according to Empire of Dreams: The Epic Life of Cecil B. DeMille by Scott Eyman
– Costumes by Adrian
– Originally filmed with a Technicolor sequence which is now lost.

Guests boarding the zeppelin for a party. (I did not make this gif) 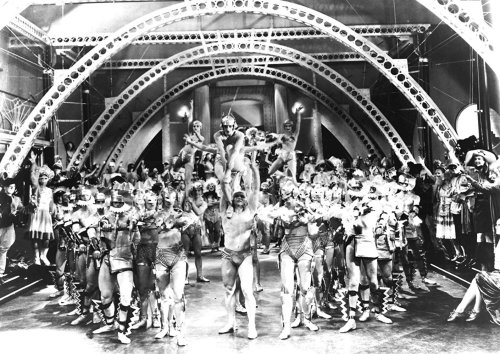 Party on a zeppelin

Highlights:
– Costumes by Adrian
– Odd party scene on the zeppelin 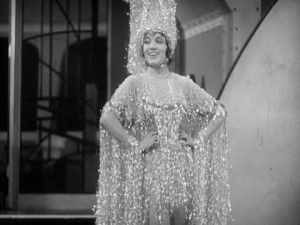 My review:
I’m not really sure where to start with this film…I can easily say that there are few films out there like “Madam Satan” (1930).

First off, this is an extremely Pre-Code 1930s film complete with risqué costumes, sex jokes and comments on “rounded heels.” Music is strangely mixed in to make this a musical.

This is a musical directed by Cecil B. DeMille, who was known for his epics like “The Ten Commandments” (1956) and “The Sign of the Cross” (1932).  To me, knowing DeMille was the director is the most interesting part of this film, particularly knowing his body of work.

Not only is this a musical, it is a drama, has some comedic elements, and then also turns into a disaster film.

The film is divided into two parts: The first half of the film involves the wife, played by Kay Johnson, finding out about her husband’s (Reginald Denny) love affairs. The wife confronts him about this and the husband says she is now as cold as a school teacher. 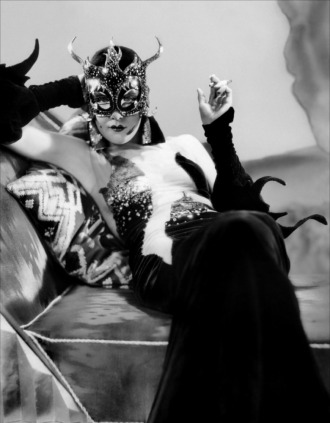 The second part of the film is a wild costume party on a zeppelin thrown by the husband’s friend, played by Roland Young. The wife uses this opportunity to dress up in a sexy masked costume, Madam Satan, to seduce her husband (who doesn’t know it’s his wife) and convince him that she is not cold.

Where the most interesting part about the film is the director, the least interesting part is its actors. Lillian Roth and Roland Young are the only entertaining actors. The two leads are rather bland. DeMille originally wanted Gloria Swanson for the part, but she was unavailable, according to Scott Eyman’s biography on DeMille. I think Swanson would have made a much more dynamic character out of the wife. Thinking of other musical actors around this time, even Jeanette MacDonald and Maurice Chevalier (who already had been paired in an Ernst Lubitsch musical) would have been more interesting in the roles.

Kay Johnson’s operatic voice is adequate, but I sometimes felt like she was hard to understand while she was singing.

I was interested to see Lillian Roth in the film, especially knowing about her background and troubles from her biopic I’ll Cry Tomorrow (1955) starring Susan Hayward. 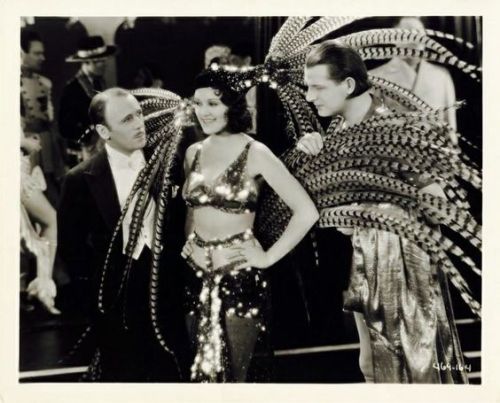 Compared to some early sound musicals, this film mixes in the music a bit more naturally. Rather than every number being someone standing and singing at the camera, the songs are used to move the story along. For example, the costumed party goers are singing about the party as they ascend the stairs to the zeppelin.

While there are a few songs performed throughout, the climactic musical scene is the zeppelin party.

The special effects of the zeppelin were impressive, particularly a disastrous scene at the end (I won’t elaborate to spoil). And of course, all the costumes designed by Adrian were elaborate and magnificent. Many of them reminded me of his later work on the film Ziegfeld Girl (1941).

I’m honestly conflicted about “Madam Satan.” I didn’t dislike it but I didn’t love it either. I do think it’s an interesting film to watch and study, particularly for anyone wanting to learn more about DeMille’s career or Adrian’s costume design. For it’s oddity and place in history, I would categorize it as mandatory viewing.