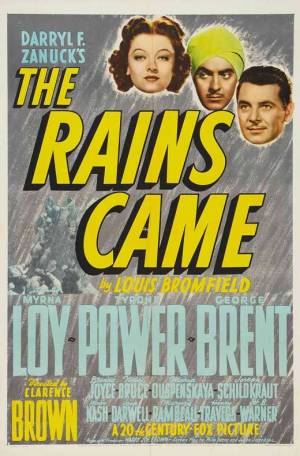 Plot:
Living in India in 1938, Tom Ransome (Brent) is an artist with a reputation of being an alcoholic. While at a reception at the palace of the Maharajah (Warner) and the Maharani (Ouspenskaya), Ransome meets his old flame from England, Lady Edwina Esketh (Loy) who is unhappily married to the much older Lord Albert Esketh (Bruce). Lady Esketh meets and falls in love with prominent doctor Major Rama Safti (Power). While romances are budding, the rainy season begins in Ranchipur brining natural disaster and disease. 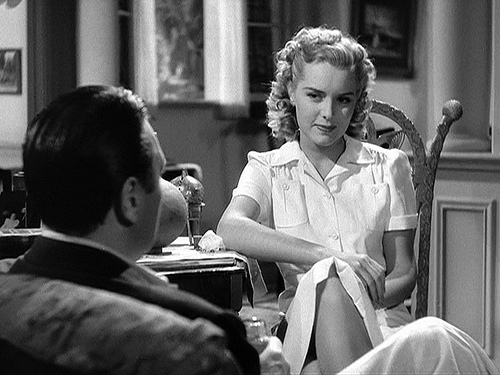 Brenda Joyce in her first film, “The Rains Came”

Other trivia:
• Based on the book “The Rains Came” by Louis Bromfield
• Remade as The Rains of Ranchipur (1955) starring Lana Turner, Richard Burton, Fred MacMurray, Michael Rennie and Joan Caulfield.
• The premiere was in Mansfield, Ohio
• Being on loan out kept Myrna Loy from playing Mrs. Chips in “Goodbye Mr. Chips,” according to the book Myrna Loy: The Only Good Girl in Hollywood by Emily W. Leider
• Ronald Colman and Marlene Dietrich were originally considered by Darryl F. Zanuck as the leads, according to the Hollywood Reporter. 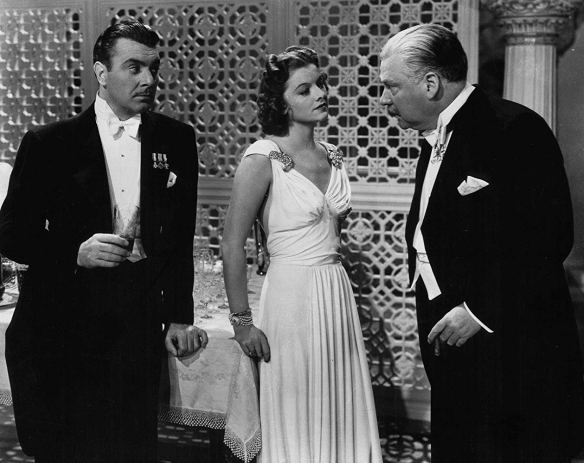 George Brent and Myrna Loy, both on loan out to 20th Century Fox, with Nigel Bruce in “The Rains Came.”

My review: Searching for the “1939 feature”:
There are so many big films mentioned when the year 1939 is referenced: “Mr. Smith Goes to Washington,” “Dark Victory,” “Gone with the Wind” or “Wizard of Oz.” These MGM and Warner Bros. classics are referenced so often that one of the biggest films of the year is forgotten: 20th Century Fox’s “The Rains Came.”

I really enjoy “The Rains Came.” It has one of those casts where you wonder “who isn’t in this movie?” It’s also fun because of the studio loan-outs. Tyrone Power was 20th Century’s top star and named King of Hollywood of 1939, Myrna was a top star of MGM, and George Brent a big star at Warner Bros. Outside of those stars, the supporting cast is filled with well-known faces: Nigel Bruce, Maria Ouspenskaya, Joseph Schildkraut, Mary Nash, Jane Darwell, Marjorie Rambeau, Henry Travers, H.B. Warner, and Laura Hope Crews. 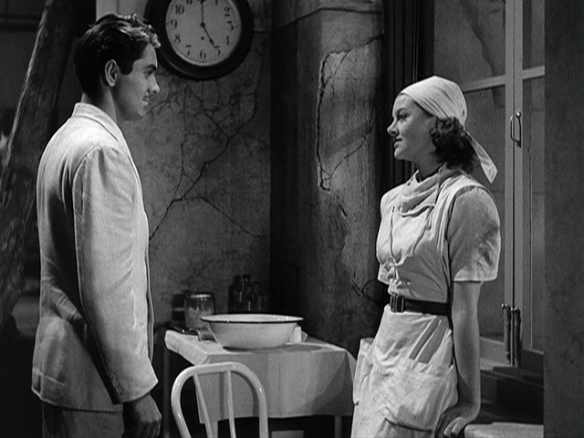 Tyrone Power and Myrna Loy in “The Rains Came”

One cast member that I think is fascinating is Brenda Joyce as the supporting female lead of Fern. Among all these stars is this fresh face in her first film. This is most likely Joyce’s most important role – starting at the top – but you would never know by her performance that this was her first film role.

One of the main characters isn’t played by an actor, but it is the rain! The downpour of rain and the natural disasters that follow are almost more important or as important as any of the main human characters. The special effects in this film are amazing and won an Academy Award. For anyone who thinks that special effects can only be created with computers and are cheesy without them needs to watch “The Rains Came.” You will both gasp and be biting your fingernails as catastrophe hits Ranchipur, India. 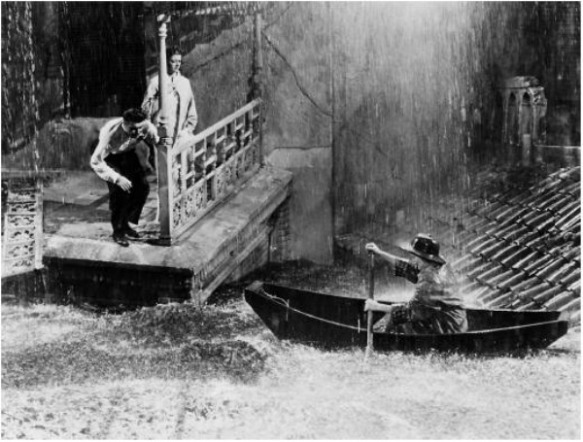 Too much rain in “The Rains Came”

I really like this movie but I do have a complaint. I feel like there are loose ends that aren’t tied up in certain areas, so now I want to read the book to see if it answers my questions. Brenda Joyce’s father is lost in the storm, and we find her looking for him. We never hear if he is found or not. Myrna Loy and her husband, Nigel Bruce, are separated during the storm. The audience knows what happens to Nigel Bruce, but does Myrna?

As far as importance goes in 1939, this is up there with “Mr. Smith Goes to Washington” or “Gone with the Wind.” This was a successful “prestige” film, and it’s a shame it is often forgotten when the accolades are listed for 1939.

If you haven’t caught “The Rains Came” before, I encourage you too, if for nothing else but the special effects. (By the way, I’ve seen the remake, and it isn’t very good.)