Plot:
The tenement building where Mary Rogers (Sidney) and her family lives catches on fire. Her brother Joey (Lumet) falls from a fire escape and is injured and has to walk with crutches and a brace on his leg. The owner of the tenement building, Peter (Erickson) passes the fire as its happening and helps the Rogers. Peter is inspired to improve the buildings his family has owned for years, but he meets opposition from his sister and lawyer.

1939 Notes:
• Future director Sidney Lumet’s first acting role. He was in three films.
• Sylvia Sidney’s only film released in 1939. She was billed as Sylvia Sydney
• Leif Erickson’s only film of 1939. He was billed as Leif Erikson with no “c” in his last name. 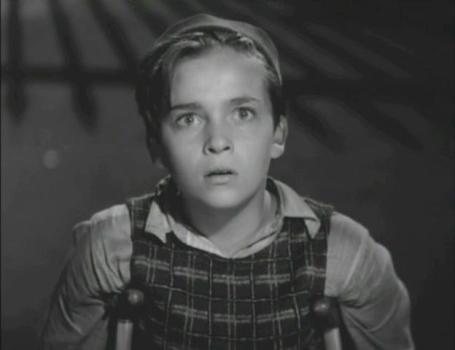 Sidney Lumet in “…One Third of a Nation…”

Other trivia:
• The film is adapted from a play written by Arthur Arent that was produced by the New York Federal Theatre Project of the Works Progress Administration. These plays were called “Living Newspapers” and were based on research and real events.
• “…One-Third of a Nation…” was the first W.P.A. play to be sold to the film industry.
• In the original play by Arthur Arent, there was no romance between the rich landlord and the girl who lives in the slums. This was added in for the film.
• The title of the film came from a President F. D. Roosevelt speech that said “…I see one-third of a nation ill-housed, ill-clad, ill-nourished…”
• The film was originally supposed to be released in December 1938 but was held because Paramount thought the censors would hold up the release.
• The film was shot in New York in Queens and Manhattan

My review: Searching for the “1939 feature”:
“…One Third of a Nation…” isn’t the best film, but it certainly is interesting for several reasons.

This is a good example of a Great Depression film due to its topic, but also because it was a Works Progress Administration (W.P.A) play. Interestingly enough, this was the first W.P.A. funded play that was made int a film.

But the cast is one of my favorite parts of the film. Sylvia Sidney said that Paramount “paid her by the tear” and in her roles, “they always had me ironing somebody’s shirt.” Sidney’s role in “…One Third of a Nation” fits this bill. She plays her usual rundown, poor woman living in the slums. This was also Sidney’s only film of 1939.

Leif Erickson plays a likable role, but his performance, in general, isn’t memorable. His romance with Sylvia Sidney is also not believable.

Overall, “…One Third of a Nation…” is interesting, but perhaps not memorable, except for Lumet’s role. 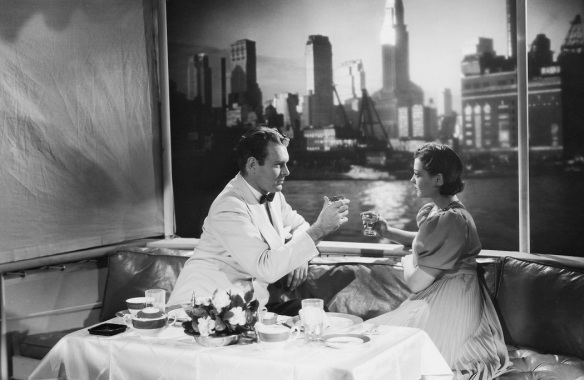 Leif Erickson and Sylvia Sidney in “…One Third of a Nation…”