This is the 40th installment of the classic actress beauty tips that I have read about and tested.

I have tried several beauty tips over the years – some of the craziest seem to involve hair: Rinsing hair with champagne and beer, or bleaching it blonde.

My most recent hair experiment comes from Greta Garbo and may also be the tamest. I learned this tip from film writer and professor Thomas Doherty on Twitter. 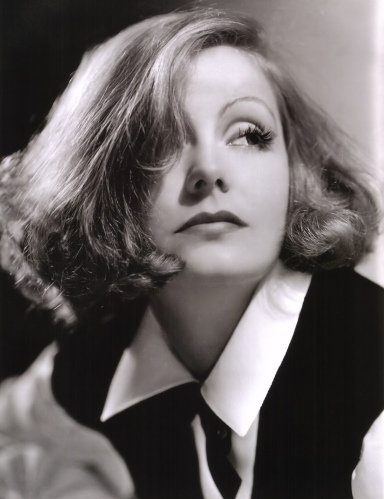 Greta Garbo was one of Hollywood’s top stars from 1925 to 1941. The Swedish star, however, was known for avoiding reporters.

While in New York City in late 1931, Garbo was traveling under the name Gussie Berger and refused interviews with reporters. So enterprising reporter Dorothy Ducas of the International News Service disguised herself as a hairdresser’s assistant to get a story, according to the Editor’s Note of Ducas’s Jan. 4, 1932, article “Glamorous Garbo Gives Good Interview Out to Girl Reporter in Gotham.”

When searching for the full article with my newspapers.com subscription, I found Ducas’s article was republished several times with varying subheads and headlines including the phrases sensational headlines like “Greta is ‘Victimized’ by Girl Scrivener” or “Girl Reporter Questions Actress While Posing as Beauty Worker.”

Truth be told, the article is less of an “interview,” than the reporter semi-taunting Garbo and being a little catty in the article as Ducas shared that she was not a hairdresser’s assistant for Louis Parme.

The chamomile tea comes up when Garbo asks Ducas for the tea and she says surprised, “In the shampoo?” Ducas wrote she thought Garbo had figured out she didn’t work there but then probably assumed she was new.

“Oh, maybe you don’t want your public to know you have your hair rinsed with chamomile tea? Well, it’s too late now; there will probably be a sudden jump in sales beginning today. That’s how much influence you have on your admirers,” Ducas wrote.

Inspired by this article, I decided to try it myself: 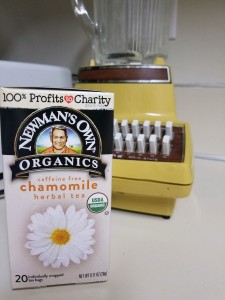 Tuesday, April 2
• I brewed Newman’s Own chamomile tea and poured it into a pitcher. I DID NOT refrigerate and let it sit out so the tea would be room temperature.

Wednesday, April 3
• When I took my shower before work on Wednesday morning, I washed and conditioned my hair like usual (using Prose products I just started using this week).
• After rinsing out the conditioner, I tipped the pitcher and poured a substantial amount of the tea on my head, making sure it rinsed every part of my hair. I considered using it to rinse out the conditioner but worried it wouldn’t rinse it out all the way
• Even though it was at room temperature, the tea was cold!
• I did not rinse the tea out of my hair. I only wrung out the excess and towel dried my hair.
• I then blow dried my hair. I usually don’t use any product, so nothing extra was used.

Thursday, April 4
• I went through the same process as I did on Wednesday.

To review:
When you rinse your hair with beer or champagne, it almost acts like mousse or hairspray, making your hair stiff. 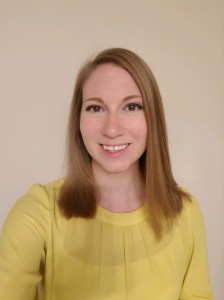 My hair on day two of the rinse.

It’s different with chamomile tea, which really is just water with brewed herbs. Frankly, I didn’t notice much difference. My hair did have a bit of a chamomile scene, and it was very soft and smooth.

Before I rinsed my hair with chamomile, I didn’t bother reading what it’s supposed to do for your hair. I just did it. But when I dried my hair, I wondered if my hair looked a bit brighter or blonder, or if it was just my imagination. Now reading the effects of the tea rinse, chamomile is supposed to bring out natural highlights, so maybe my eyes weren’t playing tricks on me!

While the results weren’t readily apparent, I did like how my hair looked and felt over the last few days. I don’t know if I will incorporate it into my beauty routine, but I won’t rule it out either.

Here is the full article by Dorothy Ducas:

Screenshot of the 1932 article