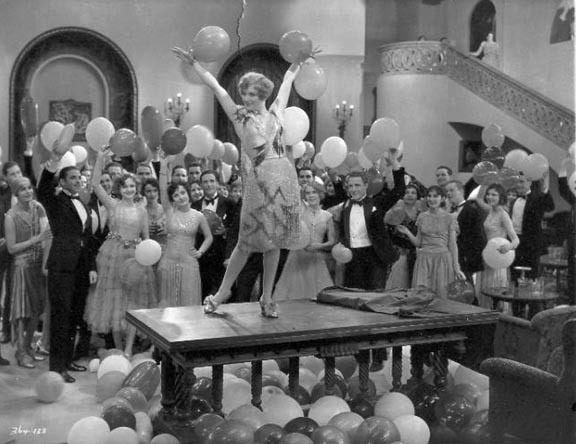 Celebrating 10 years of Comet Over Hollywood

“The Loneliness of a Classic Film Watcher.”

That could be a film title for anyone who loved classic films long after the movie’s initial release, but was also before chatting about films online with strangers became mainstream.

You were considered odd and didn’t really have anyone to talk to about your interest; bottling up your obsession inside so that you may bust at any moment.

If you loved classic films at least 20 to 40 years after their initial release, you know the loneliness I mean.

For me, I was starting middle school in 2000. Paris Hilton was frequently in the headlines, frosted lip-gloss and velour jogging suits were in fashion, and O*Town was the hot new boy band.

And there I was, age 12, daydreaming about Davy Jones of the Monkees. I grew up on classic films, but I was 13 when I embraced it as my own interest. I’ll never forget returning to school for the eighth grade after the summer and gushing to my friends about “Pillow Talk” (1959) and “Breakfast at Tiffany’s” (1961). Most people didn’t know what I was talking about, and as I progressed into high school, I was just the weird, old movie girl who wore headbands to look like she was from the 1960s.

I was a junior at Winthrop University in Larry Timbs, PhD, news writing class. Citizen journalism was all the rage and blogs were the thing to have. Think about how 2019 is with podcasts — that was blogging 10 years ago.

Dr. Timbs urged us to start blogs and went as far as to say that news outlets may not hire us if we didn’t write on a blog. As a college junior, I was anxious about getting a newspaper job after college and trying to get an internship that summer.

So I headed back to my dorm and — feeling like I had to do anything that very moment to be a good job candidate — I created Comet Over Hollywood on April 1, 2009, 10 years ago this month.

And as I typed furiously my first (terrible) piece on the Delmer Daves’ film “Susan Slade” (1961), I had no idea what lay ahead or that I would still be doing this 10 years later.

While the creation of Comet Over Hollywood gave me an outlet to write, it also unexpectedly filled that void of loneliness I, a classic film lover, carried in those days.

Through writing about my favorite films, I met other people close to my age that enjoyed the same films I did and shared my enthusiasm. And over the years, these blog comments turned into dear friendships with several people who still write and that I’ve met in person—including Raquel at Out of the Past, Jill at the RetroSet and Angela at The Hollywood Revue.

Blogging friendships expanded to chatting with other film lovers on Twitter and Facebook. Now, a classic film lover in their teens or twenties can easily connect with like-minded people across the country. Social media gets a bad rap, but for those friendships, it is worth it.

As for 10 years? Comet Over Hollywood has grown and evolved just like I have. A few of my favorite things out of writing it includes:
• Doing silly things like trying wacky classic actress beauty tips.
• Having the opportunity to interview people connected with classic films. I never considered this as an opportunity when I start.
• Making friends over the years.

I would like to close with some unsolicited blogging advice. I have been asked, “How do you find the time to blog?” If you follow me, I have tried to post at least once-a-week since 2013. There isn’t a magical answer; you just have to do it. My advice is that you can’t make blogging an option or think of it as an extra-curricular activity. You can’t blog three times a year and expect anyone to consistently come to your page, no matter how good your articles are.

It’s work. Think of it as something you have to do, like exercise or homework. You may not feel like doing it, but you will be happy with the result. Heck, I’m writing this at 10:19 p.m. on a Friday night when I want to be in bed but here I am.

I hope that I’m still sharing my love of classic films with you for another 10 years. Thank you for all of your support over the years. I truly appreciate it. You made me feel less alone.

And thank you, Dr. Timbs, for unknowingly working as the driving force behind this page.

13 thoughts on “The Loneliness of a Classic Film Lover: 10 years of blogging at Comet Over Hollywood”