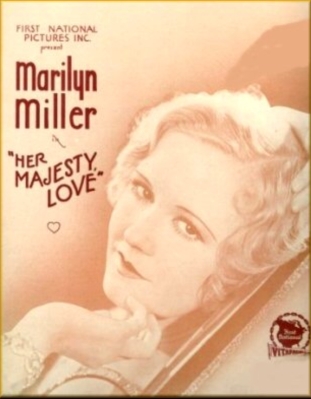 Plot:
Lia Toerrek (Miller) is a barmaid in a cabaret who falls in love with Fred von Wellingen (Lyon). When Fred introduces Lia and her father Bela (Fields) to his family, they are shocked that Lia is a bartender and Bela was a circus performer. Fred’s family tries to break up their upcoming marriage. 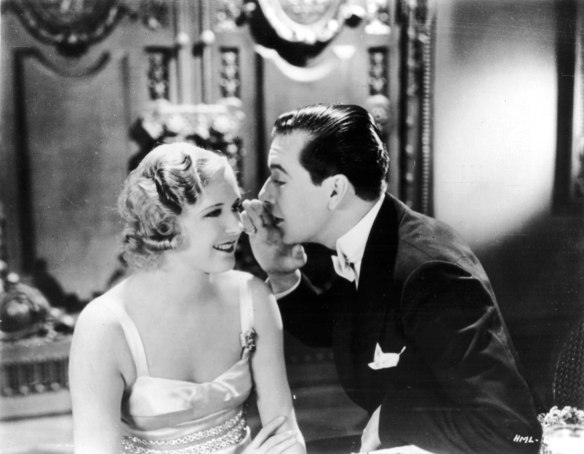 Marilyn Miller and Ben Lyon in “Her Majesty, Love.”

My review:
Marilyn Miller was one of the top Broadway stars of the 1920s. In 1929, Miller left the stage and was immortalized on film. She made three films between 1929 and 1931, but whatever charm and magic she possessed on the stage didn’t quite translate into moving pictures.

“Her Majesty, Love” is the old story of a rich man in love with a poor girl and his family objecting.

A remake of a German film released the same year, “Her Majesty, Love” begins like an Ernst Lubitsch comedic operetta. Everyone – even actors that don’t traditionally sing – is singing or speaking in rhythm. The first few minutes of the movie make you think that this will be like an operetta. Even Ben Lyon and Leon Errol sing!

But after the first 30 minutes or so, you forget that this film even started as a musical. Perhaps that’s because, in the early era of films, musicals weren’t doing so well.

Even though she was known as a dancer, Marilyn Miller has no solo dance number in this film. She only does the tango with Ben Lyon.

While I’m not really a fan of any of Miller’s three films, I do think it’s a shame that they didn’t follow through and make this a full-out musical. It’s like halfway through the film, they discarded the idea of this even being a musical. Strangely, Miller even continues to speak in rhyme in some scenes after we rarely have any more musicals numbers.

“Her Majesty, Love” isn’t a bad movie, but I wish they had decided to be a full-out musical and not just give up halfway through.