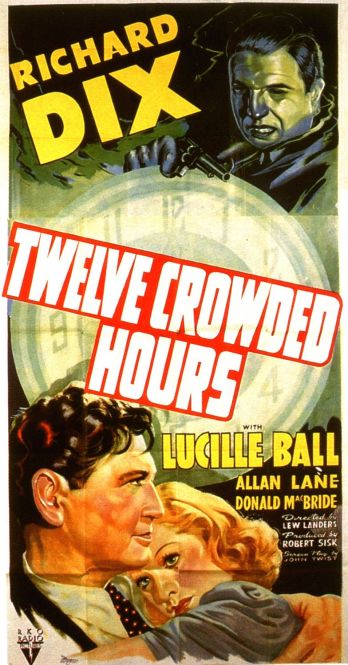 Plot:
When his editor is murdered, reporter Nick Green works to solve the murder. To make matters worse, the murder may involve the brother of his girlfriend, Paula (Ball). 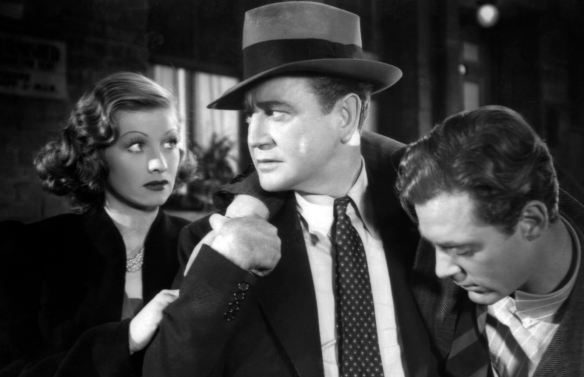 My review: Searching for the “1939 feature”:
Within a 12 hour span, a newspaper editor is killed and reporter Nick Green (Dix) tries to solve his murder. Nick entangles with racketeers, police … and his girlfriend (Ball), whose brother may be involved in the murder.

For some reason, I’ve had a hard time writing this review. While it’s a fun B-movie, it was also a bit forgettable.

Richard Dix is great (per usual) as a crime solving reporter, but for Lucille Ball fans, they may be disappointed. While she gets second billing in the film, Ball is seen briefly at the start of the film and doesn’t appear again for nearly 30 minutes.

The most memorable aspect of the film is how it was framed: The first shots begins with a woman’s high heels leaving for the night, framing the 12 hours the title deems are so crowded. At the end of the film, we see the same high heeled shoes arriving back home that morning.

While it isn’t the greatest film of 1939, it’s still a brisk 64 minutes that offers a good time.