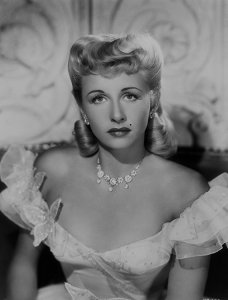 At the start of World War II, Olympic athlete Vera Ralston found herself without a country. The Nazis invaded her home country of Czechoslovakia while she was touring in the United States with ice skating shows. The United States became her home, and she turned to acting as her ice skating contemporaries Sonja Henie and Belita had.

Born Vera Hrubá, Vera studied ballet as a child and turned to ice skating when she was 10 years old, according to her 2003 Los Angeles Times obituary.

She competed for Czechoslovakia in the women’s figure skating singles in the 1936 Winter Olympics, which are now famous because of Adolf Hitler’s attendance. Vera came in 17th place at the Olympics. 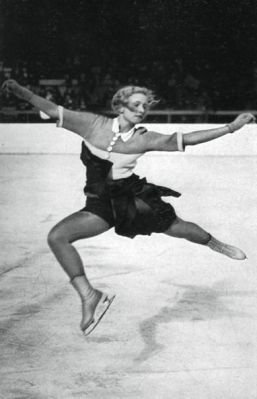 Vera Hrubá in the 1936 Winter Olympics

Vera said later in an interview that she met Hilter and he asked if she would skate for the Swastika. She said, “I looked him right in the eye and said I would rather skate on the swastika. The Führer was furious.”

She also competed in the 1936 and 1937 European Figure Skating Championships.

In 1937, Vera toured in the United States with an ice show, and RKO offered her a contract. She declined, saying that she was going to marry, but the wedding never happened. The groom’s parents didn’t approve of him marrying a Catholic since he was Jewish.

Vera became famous in the United States as she toured with the ice revues.

When Vera returned home to Czechoslovakia, the political climate was changing. A Sept. 23, 1938, brief reported that Vera cabled her manager, Jimmy Johnson, to send tickets so that she and her mother could get out of war-threatened Czechoslovakia.

Once Vera was back in the United States, she continued ice skating performances. When the Nazis invaded and occupied Czechoslovakia in March 1939, Vera was left in a difficult position, stranded in the United States with a temporary work permit from a country that no longer existed.

“Billed as the champion of Czechoslovakia, Miss Vera Hrubá, dazzling European skating star, today finds herself without a country thanks to Adolf Hitler,” said a March 25, 1939, news brief.

On the same day, the news reported that Vera was denied entry into Canada, where she was set to perform in an ice carnival because she was “a woman without a country.”

In 1941, her work permit wasn’t renewed, and Vera faced possible deportation to occupied Czechoslovakia unless she got married to a U.S. citizen by March 1, 1941, according to a January 1941 brief.

Newspapers all over the United States publicized Vera’s plight, and she received 2,600 marriage proposals from across the country. A woman Vera didn’t know, Nan Foley of Illinois, interceded on her behalf, posting $1,000 bond and negotiating with federal authorities to become her legal guardian until she was of age to marry, according to a March 7, 1941, article. 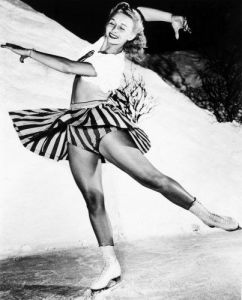 In 1941, Vera reconsidered a motion picture career when the head of Republic Pictures Herbert Yates cast her in the 1941 film, Ice Capades, which also starred Belita. In 1943, she was signed to a long-term contract with Republic and changed her name to Ralston, which she selected from Ralston cereals. Vera Ralston was advertised by Republic as skating “out of Czechoslovakia into the hearts of America.”

Critics said Ralston was wooden and complained of her Czech accent.

“It was something I just couldn’t lose, no matter how hard I tried,” she was quoted in her obituary.

Ralston’s films weren’t just skating musical comedies. She starred in several different genres, including westerns, romances and thrillers. She starred with John Wayne in “The Fighting Kentuckian” and “Dakota 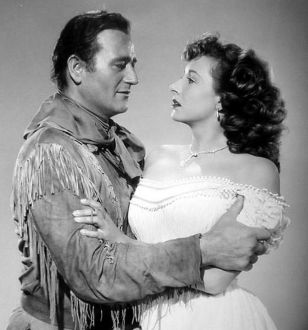 John Wayne and Vera Ralston in The Fighting Kentuckian (1949)

Ralston later married Herbert Yates in 1952 until he died in 1966. Several sources, including the book Allan Dwan and the Rise and Decline of the Hollywood Studios

Yates tried to mold Ralston into a top star, but many of her films did poorly at the box office, according to her 2003 Los Angeles Times obituary.