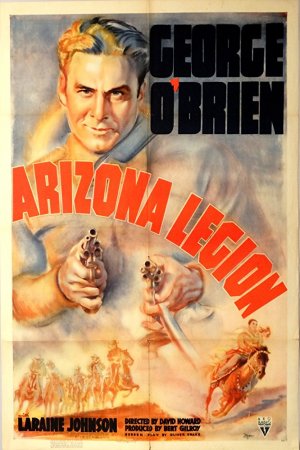 Plot:
When a stagecoach is robbed by Whisky Joe (Cording), everyone is too afraid to speak up and identify or accuse the criminal. Boone Yeager (O’Brien) is a hard-drinking cowboy who the judge (LeSaint) asks to infiltrate the clan of Whiskey Joe. The daughter of the Judge, Letty (Day/Johnson) is engaged to Boone and she doesn’t understand his recent behavior.

1939 Notes:
• Laraine Day was billed Laraine Johnson. Laraine changed her last name to “Day” after signing a contract with M-G-M. She only made three films released in 1939 and the last is what helped boost her career, Calling Dr. Kildare (1939). It was her first role in the Dr. Kildare film series, where she played the doctor’s girlfriend, Mary Lamont. 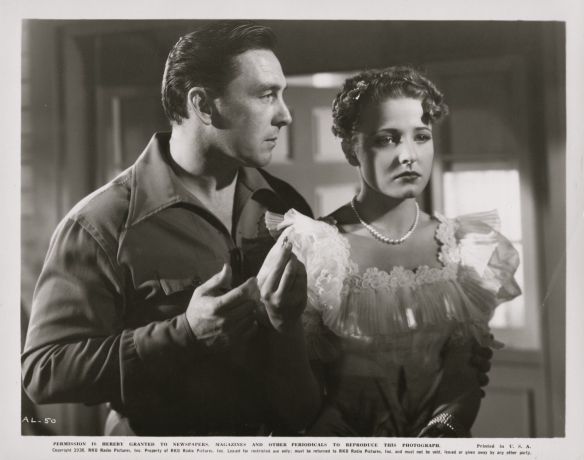 My review: Searching for the “1939 feature”:
There are several great westerns of the classic film era. And there are even more low-budget westerns that graced the silver screen. “Arizona Legion” (1939) would fall in the latter category.

The film plot isn’t anything new or different, though it is an entertaining film. During this point in his career, George O’Brien starring almost exclusively in westerns from 1937 to 1940. Many of these films barely (or don’t) surpass a 60-minute length.

While the film type or plot isn’t anything new to films at this time, O’Brien’s leading lady was. The lead actress is billed as Laraine Johnson, who later changed her name to Laraine Day and became one of Metro-Goldwyn-Mayer’s contract players. “Arizona Legion,” Day’s fifth film, wasn’t necessarily important to her career, but 1939 was the year she broke out in films.

This same year, Laraine Johnson was signed to MGM, changed her name and was cast in the Dr. Kildare film series (starring Lew Ayres and Lionel Barrymore) as Dr. Kildare’s love interest. In 1940, she even went on to star in Alfred Hitchcock’s Foreign Correspondent (1940).

While some films released in 1939 are not of great importance in the grand scheme of things, some were the catalyst to a successful career. That could be the case for Laraine Day and this film.