This week’s musical:
Cain and Mabel 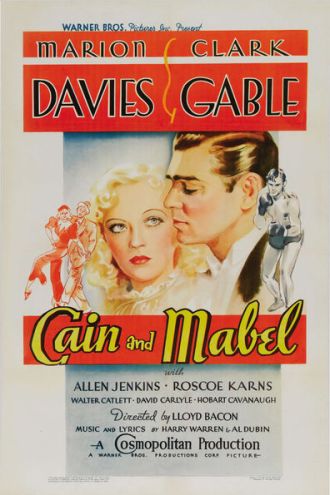 Plot:
After Mabel O’Dare (Davies) loses her job as a waitress, she ends up working her way up to be a musical star. Larry Cain (Gable) is a prizefighter, who is kept awake all night before a fight due to Mabel’s tap dance practice in a hotel suite above him. Mabel’s press agent (Karns) creates a romance between Mabel and Larry, unbeknownst to them, for publicity.