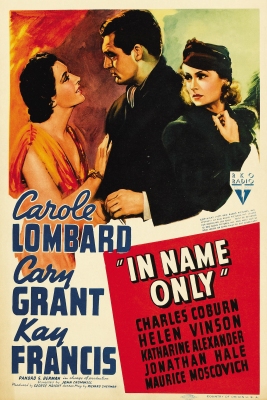 Plot:
Widowed mother and artist Julie Eden (Lombard) meets wealthy Alec Walker (Grant). As the two become friends and fall in love, Julie learns that he’s married to Maida (Francis), who Alec’s parents (Coburn, Walker) adore. Alec has long been unhappy with Maida, who he knows married him for his money, but Maida is unwilling to let him go.