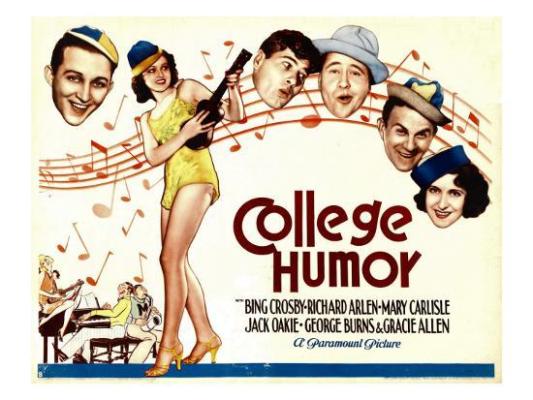 Plot:
The film follows Barney Shirrel (Oakie) who starts at his freshman year at MidWest University. His roommates are gruff Tex (Sawyer) and Mondrake (Arlen), who drinks too much. Professor Frederick Danvers (Crosby) is an alumnus of MidWest and now teaches there as a popular music professor. Barney is initiated into a fraternity and joins the football team, paying less attention to Amber (Kornman). Barney’s sister Barbara Shirrel (Carlisle) starts at the college the following term, and while she is dating Mondrake, she falls in love with Prof. Danvers. This causes Mondrake to drink more, getting him kicked off the football team so that the school is at risk of losing the big game.