What do you do when you’re an athlete and the Olympics are canceled? Become one of Hollywood’s top stars.

At least, that’s what Esther Williams did. 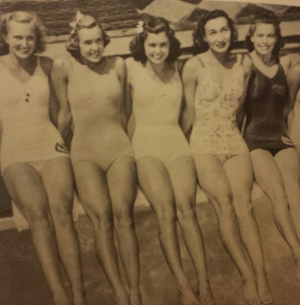 In 1939, 17-year-old Esther Williams was the United States women’s 100 meter freestyle national champion at the Amateur Athletic Union (AAU) Championship. She represented the Los Angeles Athletic Club with the winning time of 1:09, which was better than all but one of the swimmers for the next six years, according to the International Swimming Hall of Fame.

Williams was assured a spot on the United States team for the 1940 Summer Olympics which were going to be held in Tokyo, Japan. But the games were canceled due to the outbreak of World War II.

She felt her career as a swimmer was over when the Olympics were canceled and she didn’t receive a swimming scholarship to the University of Southern California, she wrote in her autobiography “The Million Dollar Mermaid.”

She said stardom was her consolation prize.