This is September’s edition of Comet Over Hollywood’s film references in music videos. 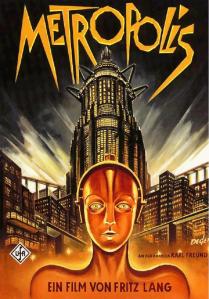 Madonna’s 1989 music video for “Express Yourself” is no exception.

The music video pulls inspiration from the 1927 silent film “Metropolis.” Directed by Fritz Lang, the German Expressionist styled and futuristic film was a pioneer for the science fiction genre. In the film “Metropolis,” the futuristic city has a strong divide between the working class and the planners of the city.

Similarly in the music video, Madonna plays a glamorous lady with muscular men as her workers and she picks one of them to “express his self” with her. Futuristic like factories and skyscrapers with a German Expressionism tone are the backdrop. 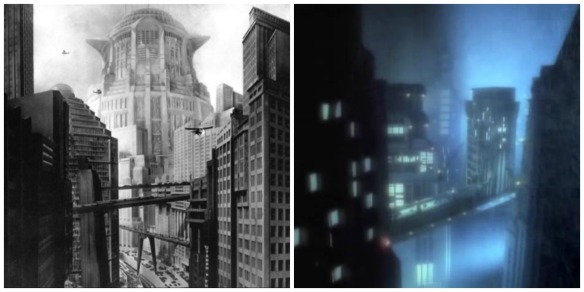 A city scene from “Metropolis” and “Express Yourself.”

“All the imagery we wanted—and I had a few set ideas, for instance the cat and the idea of Metropolis,” Madonna said in an interview. “I definitely wanted to have that influence, that look on all the men—the workers, diligently, methodically working away.”