I’ve refrained from calling versions made from 1959 to 1972 “the worst” of the Gidget series, because they aren’t.

“Gidget Goes Hawaiian” isn’t great but it has some bright spots and is colorful. “Gidget Goes to Rome” is a little too syrupy sweet, and “Gidget Gets Married” was just goofy. 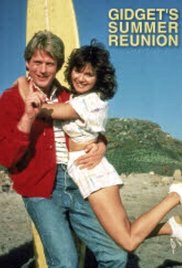 But the worst came in 1985 with the two hour made-for-TV movie “Gidget’s Summer Reunion.”

Gidget (Caryn Richman) and Moondoggie/Jeff (Dean Butler) are married, living in a house they can’t afford and working paycheck to paycheck. Gidget runs a travel agency and Jeff works as a contractor and has a sexy blond boss, Anne (Mary Frann). Their 15-year-old niece Kim (Allison Barron) comes to stay the summer and is ready to learn how to surf and gets tangled with a college-aged surfing jerk (Vincent Van Patten) who only has one thing on his mind.

Gidget is so busy at work that her marriage is falling apart and Anne is reaching out her claws for Jeff. Just as Gidget attempts to patch up her married and is planning a surprise birthday party for Jeff with the old surfing gang, she has to take over on a tour of Hawaii when her tour guide gets sick.

END_OF_DOCUMENT_TOKEN_TO_BE_REPLACED

The world was changing in the late-1960s.

The anti-authority, anti-capitalism, anti-war and free-love movements brought a shift in popular culture.

The surf culture that erupted after Fredrick Kohner’s book “Gidget” hit the shelves was starting to fade with dissatisfaction of establishment. This caused a shift in pop culture, and films and music focused more on social movements and issues rather than wanting to hold hands or surf the USA. There no longer was a place for Technicolor fluff films focusing on beach parties, surfing and wahinis in wild bikinis.

So how does Frances “Gidget” Lawrence, the surfing “girl midget” who first appeared in 1957, fit in a changing world?

She goes to work at the United Nations. 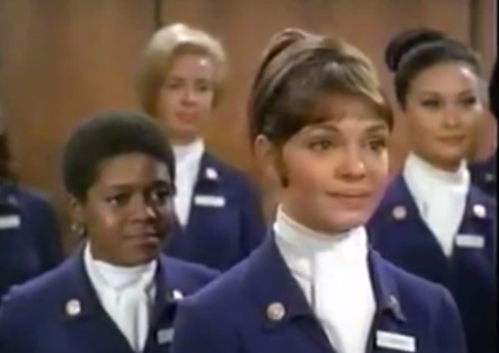 After three feature “Gidget” films and a 1965 television show that lasted one season, the 1969 television film “Gidget Grows Up” places Gidget in New York City. She’s ready to change the world at the United Nations (UN), which she describes as “one of humanity’s noblest achievements.”