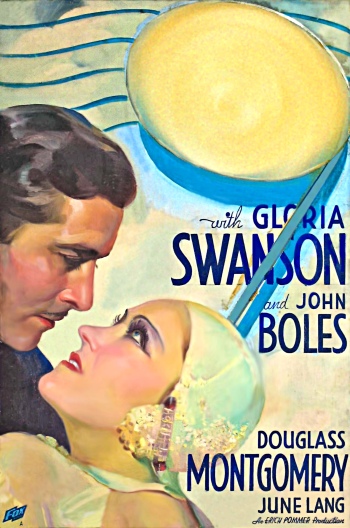 Plot:
Set in the Bavarian Alps, small town teacher Karl Roder (Montgomery) is in love with Sieglinde Lessing (Lang), who is the daughter of composer Dr. Walter Lessing (Shean). The two meet a quarreling acting couple- Bruno Mahler (Boles) and primadona Frieda Hotzfelt (Swanson). Bruno and Frieda take advantage of Karl and Sieglinde to make each other jealous. Bruno makes Sieglinde the lead in a new operetta, leaving Karl despondent.

Trivia:
-The “Music in the Air” was originally a Broadway musical. It opened at the Alvin Theatre in New York City on Nov. 8, 1932, and ran for 342 performances.
-The directorial debut of Joe May in America. May started his film career in Germany in 1910 but fled in 1934 when the Nazis started to take power.
-Actor Douglass Montgomery was dubbed by Dave O’Brien
-Actress June Lang dubbed by Betty Heistand
-Billy (billed as Billie) Wilder was one of the scriptwriters. Billy Wilder later directed Gloria Swanson in “Sunset Blvd.” (1950).
-Gloria Swanson’s voice coach during the film was Dr. Marifiotti, Caruso’s voice coach, according to Gloria Swanson’s autobiography, “Swanson on Swanson

.”
-Music composed by Jerome Kern and Oscar Hammerstein
-The song “The Song is You” was a hit on the Broadway play, but was cut from the film. 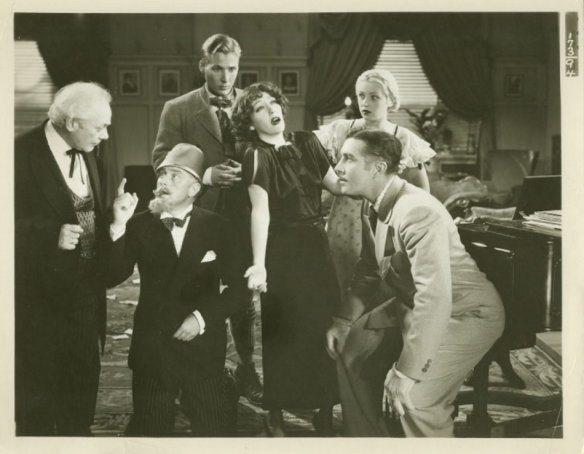 My review:
“Music in the Air” is a quaint little film.

The cast is excellent, the songs are beautiful and the set designed to look like the Bavarian Alps is lovely.

For contemporary classic film audiences, many are mainly familiar with Gloria Swanson in her silent films and in “Sunset Boulevard.” Like audiences forget that Irene Dunne can sing, it’s also overlooked that Swanson was in multiple musicals and has a lovely operatic voice. I think these go overlooked because they aren’t aired on television often and can be difficult to find.

While John Boles and Gloria Swanson are the leads, June Lang and Douglass Montgomery have the most screen time as the secondary leads. They are pleasant actors, particularly Douglass Montgomery, who is handsome (you may recognize him as Laurie from “Little Women” (1933). However, both of them were dubbed in the movie.

One thing I think is interesting about this film is that it is almost divided up into acts, as the Broadway play was. But it also isn’t obvious that it was a play (as some early talking films were), with long scenes with too much talking.

The plot isn’t very dynamic and is an old story: couples using someone else to make their lover selfish. I think that is where the film lost me a little bit. While I enjoyed it, 75 minutes of the 90-minute film is the couple making each other jealous-in between songs. That seemed a bit excessive.

The most interesting fact about the film is that director Joe May was a successful director in Germany, starting from 1910. However, May, who was Jewish, had to flee the United States when the Nazis took power in 1934. May was unable to regain the success he once had in Germany. He made his last film 1944.

Another interesting point is that Billy Wilder (then spelling his name as Bille) is billed as one of the screenwriters. Wilder and Gloria Swanson were later re-teamed for “Sunset Blvd.”

While I find the movie pleasant, it wasn’t a success.

“We all felt fairly certain of success during shooting, but the picture flopped,” Swanson wrote in her autobiography. “The nation at large ignored Music in the Air and rushed instead to see Stand Up and Cheer, a musical starring a six-year-old Shirley Temple.”

“Music in the Air” is a film I’m on the fence about. While it was light and entertaining, I also didn’t feel very engaged. However, it was a treat to see John Boles and Gloria Swanson singing together. 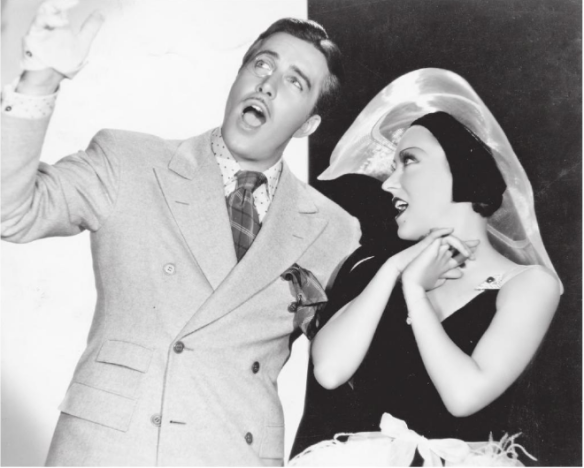