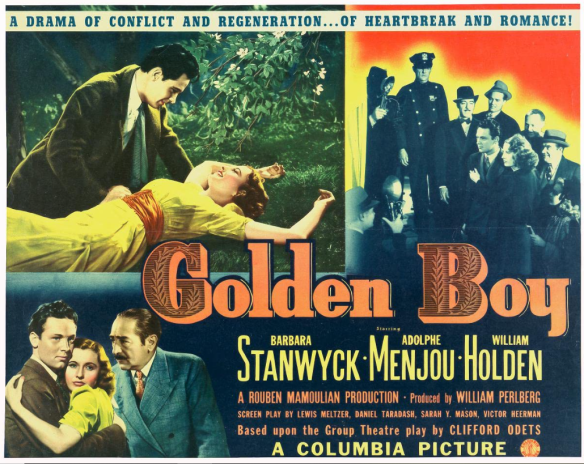 Plot:
Joe Bonaparte (Holden) is torn between two careers: becoming a prizefighter or a violinist, like his father (Cobb) wants him to be.