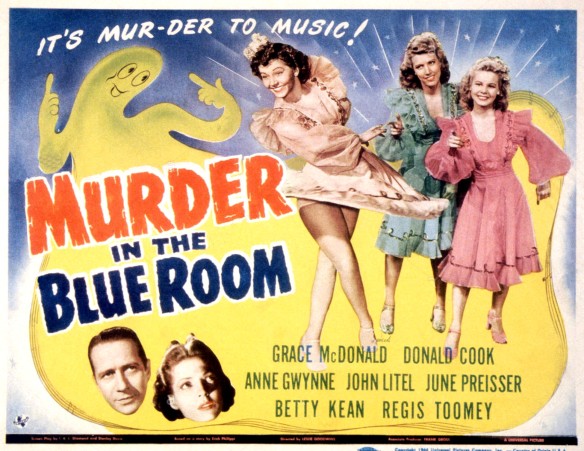 Plot:
Twenty years ago, Nan’s (Gwynne) father was found dead in the Blue Room of the family home. For the first time since then, Nan and her mother open up the house and Nan invites her jazz singing friends to perform, the Jazzybelles (McDonald, Kean, Preisser). When one of the guests (Williams) wants to stay in the Blue Room, he is missing the next morning and everyone has to stay in the house for the investigation.