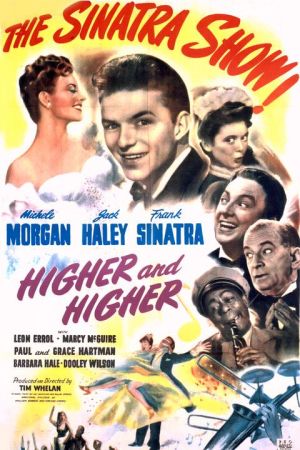 This week’s musical:
Higher and Higher

Plot:
Cyrus Drake (Errol) is broke and hasn’t paid his servants in seven months. To make some money, he hatches a plan that his maid Millie (Morgan) should pose as his daughter (that he hasn’t seen in years) and marry a rich husband so the household can benefit from his wealth.