Rooney, who passed away Sunday at age 93, visited Shelby, NC to eat at Red Bridges Barbecue Lodge in 1997.  He was told it was the best barbecue in North Carolina.

Read the full story I wrote for The Shelby Star here: 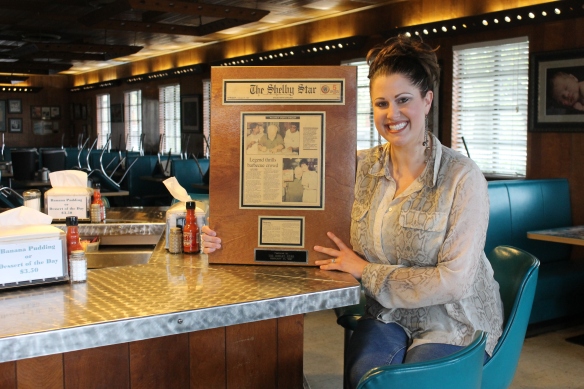 (The Star/Jessica Pickens) Natalie Ramsey, VP of Red Bridges Barbecue, remembers when Mickey Rooney visited the restaurant in 1997. She holds a Shelby Star article that hangs in the restaurant.

Starring in 10 films with Judy Garland and winner of a Juvenile Academy Award along with Deanna Durbin, Rooney was the top box office draw of 1939.

I can’t deny that Rooney occasionally gets on my nerves in his films, but he was an important aspect of film history-starting in vaudeville, acting in silent films as a youngster and making movies into his 90s, including the 2011 Muppets film.

He had energy and could definitely sell a song.

What are your memories of Mickey Rooney? Did you have a favorite film or ever see him in person? 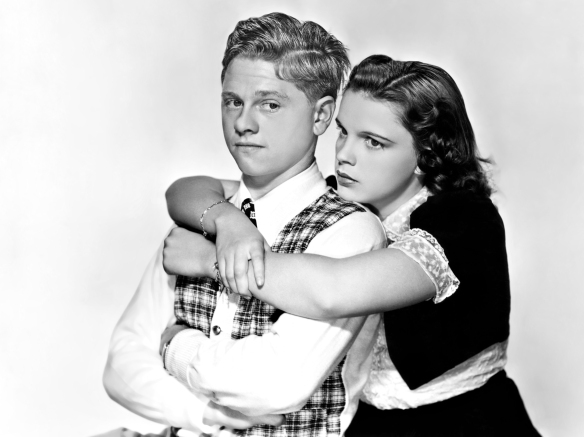