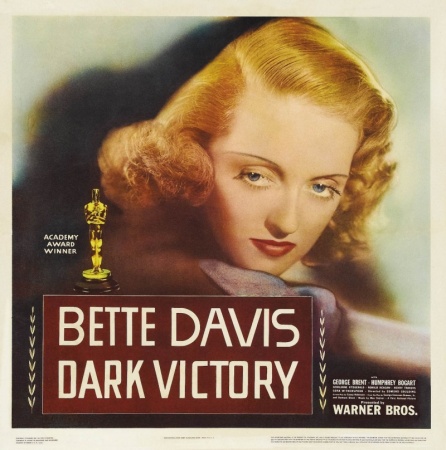 Plot:
Socialite Judith Traherne (Davis) has been behaving erratically. Many people believe she’s drinking and partying, but her friend Ann King (Fitzgerald) tries to get her to see a doctor. Judith finally sees Dr. Frederick Steele (Brent), who diagnoses Judith with a brain tumor. Dr. Steele does surgery, but will Judith live?

END_OF_DOCUMENT_TOKEN_TO_BE_REPLACED

To most, it’s just a year that occurred a long time ago.

To the Polish, it’s when the Germans took over the country with a Blitzkrieg.

To classic movie fans, it’s a year like no other.

Sure, there are several great films that came out from the 1920s to the 1950s. “Casablanca” came out in 1942. “White Christmas” lit up the screens in 1954. But neither of those years have a plethora of unforgettable movies that have a certain extra something added to them.

“Gone with the Wind,” “The Wizard of Oz,” “Mr. Smith Goes To Washington” and “Ninotchka” are all givens when listing off excellent, flawless 1939 films.

But what about the other 515 American films put out in that same year?  Were they just as good?  I decided to find out.

In a crazed moment last summer, I decided to try to see every movie made in 1939. I had two criteria to make it a little easier to find the movies: They must be full-length movies, no short films; they must be American and they cannot be from television (despite being early in TV’s history, there were already experiments with made for TV movies in 1939).

I went on IMDB and got a full list of all the films from 1939. I clicked on each one, made sure it followed my requirements and then typed the title in alphabetical order into a table on Word. It took me several days to make my list due to my inefficient method.

I was surprised to find that I had already seen 90 of the 515 movies. So far I have seen 106 and counting; this project won’t be completed any time soon.

Through this process, I have discovered several gems during 1939 that are sometimes overshadowed by larger budget films.

-“The Rains Came” has a fantastic scene during the flood when the whole city crashes down.

-“Drums Along the Mohawk” gives Claudette Colbert the chance to be in a period film on the frontier and play alongside Henry Fonda. The movie looks fabulous in color.

-“Everybody’s Hobby” is a lot of fun with Henry O’Neil being driven crazy by his family’s hobbies.

-Freda Inescort gets the change to play a nice woman in “Beauty for Asking” with a young Lucille Ball.

–The first “Maisie ” movie starring Ann Sothern premiered. I adore Maisie Revere and her adventures. They are hilarious but also usually have a good moral to them. Jean Harlow was originally supposed to be Maisie before her death. I could definitely see this, but love the spark that Ann offers.

-Two Dr. Kildare movies come out this year. “Calling Dr. Kildare” and “The Secret of Dr. Kildare,” which were the 3rd and 4th films in the series.  Laraine Day as Nurse Mary Lamont hops on board as a love interest to  Jimmy Kildare.

-Glenda Farrell and Jane Wyman finish off the “Torchy Blane” series with the last three films.

–Andy Hardy chases girls and has “man to man” talks with Judge Hardy in three films: “Andy Hardy Gets Spring Fever,” “The Hardy’s Ride High” and “Judge Hardy and  Son.”

Hedy Lamarr and Robert Taylor in “Lady of the Tropics” (1939)

•Stars get their first big break:

–Fresh from “Algiers,” Hedy Lamarr was playing a love interest to Robert Taylor in her first MGM movie “Lady of the Tropics”

-Lana Turner is moving away from being Cynthia Potter on Andy Hardy and making a name for herself in “Dancing Co-eds” and “Calling Dr. Kildare.”

-Olivia De Havilland finally gets the big break she was looking for in “Gone with the Wind.”

-Jimmy Stewart had already made waves in “Of Human Hearts” but he really showed he had leading man power in “Mr. Smith Goes To Washington” and three other films that year.

•Deanna Durbin is all grown up as she receives her first kiss from Robert Stack in “First Love.”

I could go on forever of the excellent movies (like Beau Geste, Of Mice and Men, and Real Glory) but no one wants to read 2000 words on a blog.

All these movies had a certain magic and allowed several of our best stars to emerge. Where did it come from?

According to the Turner Classic Movie documentary “1939,” 1939 was prolific for the United States in general. Roosevelt was helping the country work its way out of the Depression, and movies showed off this new wealth with stellar films. The industry began to take off for the next two years and then Pearl Harbor was attacked.

World War II began for the United States and the growth Hollywood was once experiencing halted. The heyday of movies was forgotten as rationing and blackouts became a concern for the world.

After the war the movie industry would never return to the heights achieved in 1939 and American film tastes would change dramatically over the coming decades.

I hope to discover more about the magic, and maybe see exactly what its source is when I complete all 515 films. It may be a large undertaking, but I don’t think it will be an unpleasant one.