In the sequel, the Davis family is now comfortably settled at their newly renovated in Lucifer Home and happily rid of the ghost Mr. Boogedy for a year.

The children in Mr. Lynch’s store, and Mr. Lynch being grumpy.

The family is involved and well liked in the town now, much to the chagrin of shop owner Tom Lynch (Eugene Levy). Eloise and Carl Davis (Mimi Kennedy and Richard Masur) are preparing to open their Gag City store downtown, and Carl Davis was named mayor of the town’s festival. This is a position usually held by Mr. Lynch, causing Mr. Lynch wanting the Davis family to leave town.

One night while walking home from babysitting, their daughter Jennifer (Tammy Lauren) is spooked in the woods by someone in a hat and cloak telling her to get out of his house. Believing that Mr. Boogedy is back, Jennifer runs home screaming.

END_OF_DOCUMENT_TOKEN_TO_BE_REPLACED

Many of us have movies that we watched repeatedly as children.

For my two older sisters and myself, it was the made-for-TV Disney horror comedy “Mr. Boogedy” (1986). My sisters saw it when it originally aired on Disney channel on a Sunday night in April of 1986. Eventually my parents recorded it off of the television to keep and we’ve had it ever since. I’ve watched it more times than I can count and can still quote along.

Our version of the VHS tape was recorded in the mid-1990s, complete with commercials for the New Mickey Mouse Club, an up and coming singer named Brandy Norwood and promos for movies such as “Angels in the Outfield” and “Batteries Not Included.” I’m re-watching this Pickens family favorite on the old VHS as I type. 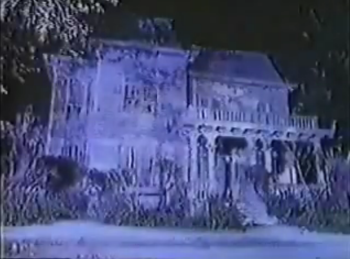 The 45 minute movie follows the Davis family who moves to small town Lucifer Falls, New England to live in a in their very first house. The parents- Eloise (Mimi Kennedy) and Carleton Davis (Richard Masur)- apparently didn’t see the house in person before purchasing and just went by what the realtor said.

When they pull up to the decrepit old house with wind blowing and lightening striking, Carleton excitedly exclaims, “Just what the realtor said, a definite fixer upper.” The rest of the family isn’t too sure- which includes two sons Corwin (David Faustino) and Aurie (Benji Gregory) and daughter Jennifer (Kristy Swanson).