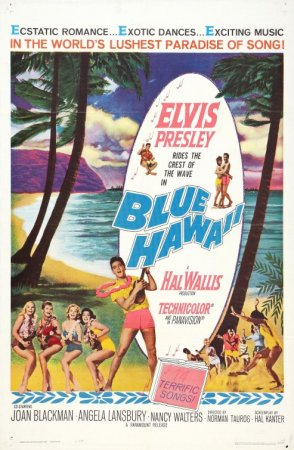 Plot:
Chad Gates (Elvis Presley) returns home to Hawaii after serving in the U.S. Army. His parents Fred and Sarah Lee Gates (Winters, Lansbury) are eager for him to join their successful family business, Great Southern Hawaiian Fruit Company. Instead, Chad wants to break out on his own and be a tour guide of the islands. He works for the agency where his girlfriend Maile Duval (Blackman) works. His first assignment is to show the islands to teacher and a group of teenagers.