Plot:
While in Boston for business, attorney John Mason (Stewart) marries Jane (Lombard) after only knowing her for a few days. Not everyone is excited about the new couple’s marriage. John’s demanding boss, Judge Doolittle (Coburn), isn’t a fan of the marriage and doesn’t approve of honeymoons. Gossip also paired John with Doolittle’s daughter, Eunice (Weston). John’s mother (Watson) also passed out dead in a faint and is critical of everything Jane does. The couple faces tensions as they get to know each other, particularly with John’s job. The couple has a baby and on New Year’s Eve of 1938-39, the child comes critically ill.

END_OF_DOCUMENT_TOKEN_TO_BE_REPLACED 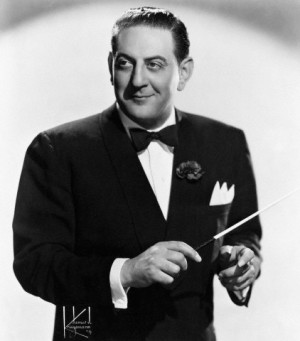 Publicity photo of Guy Lombardo in the 1940s.

They called him Mr. New Year’s Eve, and he was part of America’s New Year’s tradition for nearly 50 years.

Before Dick Clark and Ryan Seacrest counted down to 12 a.m., January 1, there was Guy Lombardo. Each year, his saxophones would poignantly play “Auld Land Syne” as couples danced, kissed and wished “Happy New Year.”

From the crash of the stock market in 1929 through the bicentennial in 1976, big bandleader Lombardo and his Royal Canadians were a long standing tradition for Americans.

END_OF_DOCUMENT_TOKEN_TO_BE_REPLACED

While bringing in the New Year, why not celebrate with a classic film star flare?
Here are a few beverages that some of your favorite stars may have been drinking on New Year’s Eve:

If you don’t drink, Joan was also partial to Pepsi.

Ginger Rogers:
Ginger Rogers didn’t drink and the “bar” in her home was a soda fountain.
Source: Ginger Rogers’s autobiography “My Own Story”

Happy New Year everyone from Comet Over Hollywood! Have a wonderful New Year’s Eve and stay safe! See you in 2014!

Cheers from Comet Over Hollywood (and Joseph Cotten)

But I was actually referencing Joan Crawford in “Our Dancing Daughters” (1928) who is pictured before being the personification of youth of the 1920s.  “Dancing Daughters” was the first of a trio of movies that followed each other but were completely unrelated.  It was followed by “Our Modern Maidens” (1929) and “Our Blushing Brides” (1930).   All three starred 1920s stars Anita Page and Joan Crawford; and Dorothy Sebastian was in two of the three films.

It’s funny for people today to think of Joan Crawford as “the personification of youth” like she was known in the 1920s.  Now, you say Joan Crawford and people think “Mommie Dearest” (if you actually believe that) and the film “What Ever Happened to Baby Jane?” It’s funny to look at the transitions she went through from her career in silent films in the 1920s to silly horror movies in the 1960s.

Much like Crawford’s transition, we are making a transition from 2010 to 2011 this New Year’s Eve. I will also be making a huge transition: graduating from college in May and hopefully finding a job at a newspaper. Happy New Years everyone! Hopefully this year will be MUCH better than the last. 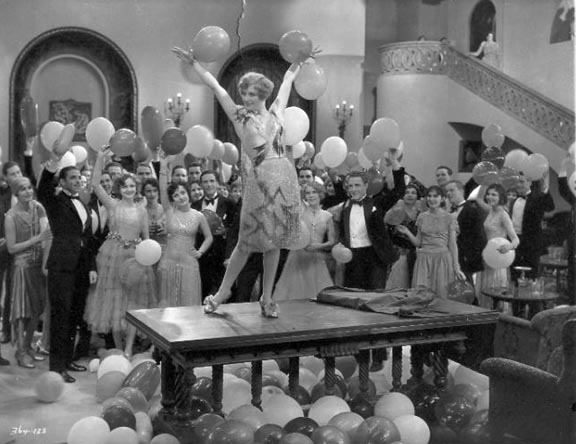 Joan Crawford dancing on a table in “Our Dancing Daughters” (1928)

2. Make my huge, long “All Movies I’ve Ever Seen” list

5. Keep plotting on how to meet Robert Osborne

*This month’s beauty tip will be a couple of days late. I haven’t had a chance to try it out due to holiday festivities.