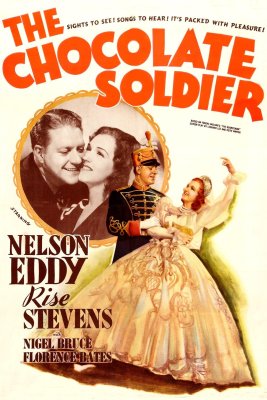 Plot:
Maria (Stevens) and Karl Lang (Eddy) are married singing stars. Karl is convinced that Maria is a flirt and may be cheating on him. To see if she is being true to him, Karl dresses up like a Russian soldier to woo his wife.