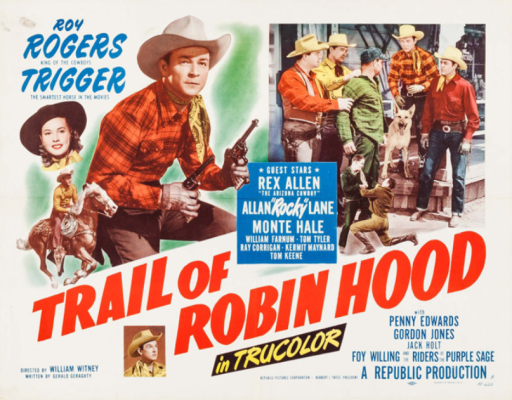 Plot:
Actor Jack Holt (himself) is spending his retirement from films running a Christmas tree farm. His goal is to sell the trees at a low rate so all children can have a holiday tree. The problem is a competing Christmas tree farm, owned by J. Corwin Aldridge (Parnell), tries to put Holt out of business so they can beat him to market – his low prices will cause people not to buy their trees. Soil conservationist Roy Rogers (himself) comes to help Holt, and Aldridge’s daughter Toby (Edwards) arrives to work about Rogers and Holt.