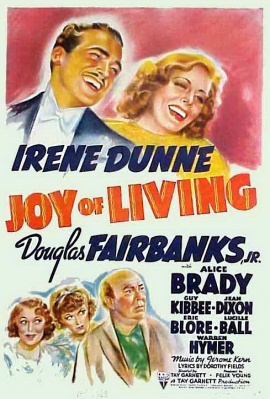 Plot:
Margaret Garrett (Dunne) is an overworked Broadway star whose family (Brady, Ball, Kibbee) is living off of her. Exhausted and also learning she’s near broke because of the chiseling family, she meets Dan Brewster (Fairbanks), who teaches her how to have fun and relax.