This week’s musical:
“She’s Working Her Way Through College” –Musical #395 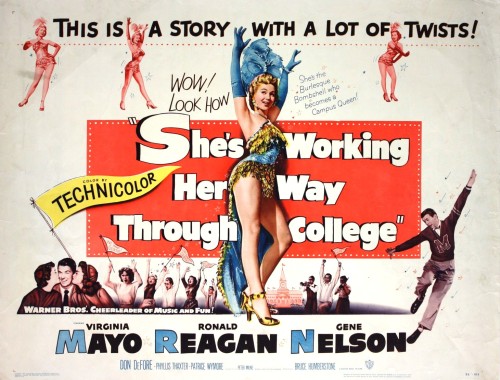 Plot:
Burlesque star Angela Gardner (Mayo), who has a stage name of Hot Garters Gertie, saved up her money from working on the stage to get a college education. She was inspired to further her education by her high school teacher John Palmer (Reagan).
On her last night at the burlesque, Angela runs into John, who is now a college professor at Midwest. She decides to further her education at his college, as long as he keeps her secret that she was a dancer on the stage. 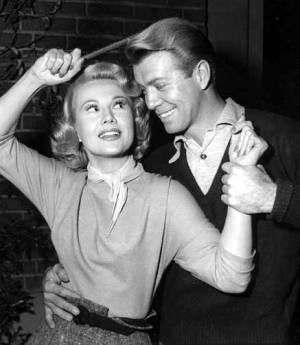 Trivia:
-Remake of the 1942 Warner Brothers film “The Male Animal” starring Henry Fonda, Olivia De Havilland, Joan Leslie and Jack Carson.
-Don DeFore stars in both the original “The Male Animal” and the remake.
-Virginia Mayo was dubbed by Bonnie Lou Williams.
-Though the two films have no plot connection, She’s Back on Broadway is supposedly a sequel to “She’s Working Her Way Through College” (1952). The only connection is the Mayo and Nelson re-teaming. Comet reviewed “She’s Back on Broadway” in November.
-I think this film is somehow supposed to be connected to “She’s Back on Broadway”
-Gene Nelson is dubbed by Hal Derwin in the “That’s The Stuff That Dreams Are Made Of” number, but he does his own singing in all the other numbers.

Highlights:
-Gene Nelson’s mix of dancing and athletics in the “Am I In Love” number in the gym. 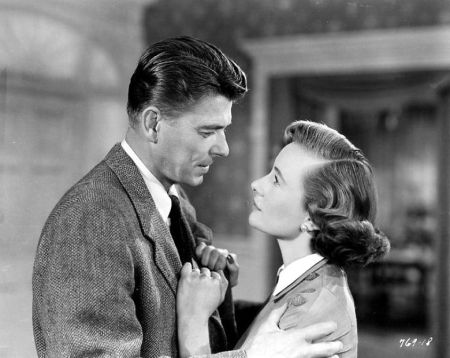 Ronald Reagan and Phyllis Thaxter play husband and wife in “She’s Working Her Way Through College.”

My Review:
Both the play and 1942 film “The Male Animal” were comedies mixed with the issue of free speech.
In the original film, Henry Fonda plays an college English professor whose job is on the line when he wants to read Bartolomeo Vanzetti’s sentencing statement as an example of free speech.
But this musical remake is a white washed version of that story.
Rather than an English professor, Reagan plays a theater professor, and the controversy here is that he wants to put on a musical rather than a Shakespeare play.
While writing and playing the lead in the college musical, Virginia Mayo is trying to keep it a secret that she was once a burlesque queen.
When this secret is let out by jealous Patrice Wymore (why does she always play mean dames?), Reagan’s job is on the line because a burlesque star is starring in his play. It’s Reagan’s job to deliver the news that she is going to be expelled (for dancing on the stage?), which he refuses.
The real issue is that the dean offered Mayo a fur coat after a burlesque performance and she refused him, so now he’s seeking revenge.
But all of the drama and conflict doesn’t happen until the last 20 minutes of the film.
The rest of the hour and forty-five minute film is Gene Nelson trying to romance Virginia Mayo, Don DeFore romancing Reagan’s wife Phyllis Thaxter, Patrice Wymore being jealous and Mayo performing songs from the upcoming play.
The songs that sprinkle throughout the film include lyrics such as: “She’s working her way through college, to get a lot of knowledge, that she’ll probably never ever use again.”
The movie unsurprisingly pales in comparison to the original film. But the worst part is that it’s rather boring. 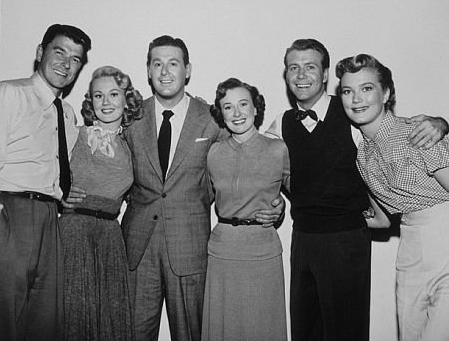