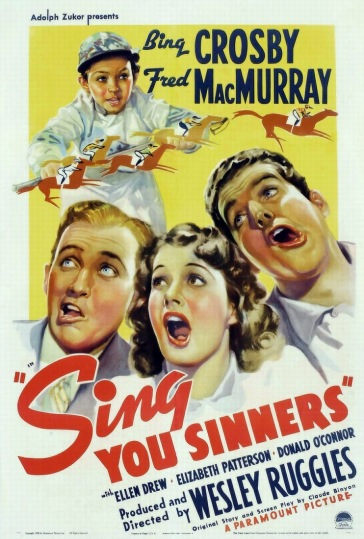 Plot:
The three Beebee brothers Joe (Crosby), Dave (MaCMurray) and Mike (O’Connor) live with their mother (Patterson). The brothers have a musical act, but don’t work steadily. Dave is the main contributor to the family as he works as a mechanic, and supporting his family keeps him from marrying Martha (Drew). Mike is young and Joe can’t hold a job. Realizing he’s holding the rest of his family back, Joe heads to California for a job … but instead gambles on holding a race horse.