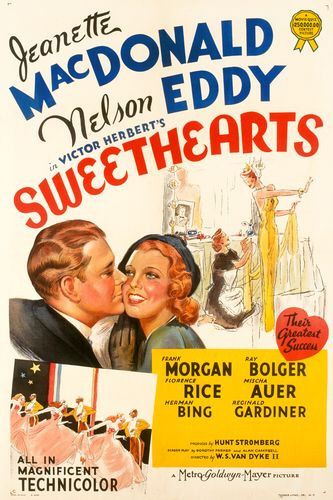 Plot:
Husband and wife Broadway stars Gwen Marlowe and Ernest Lane (MacDonald and Eddy) have been happily married for six years and are in their sixth year of performing Victor Herbert’s operetta “Sweethearts.” They are exhausted due to constant singing obligations and decide to go to Hollywood. Their Broadway producer (Morgan) and his staff hatch a plan to drive the couple apart and keep them from going to Hollywood.