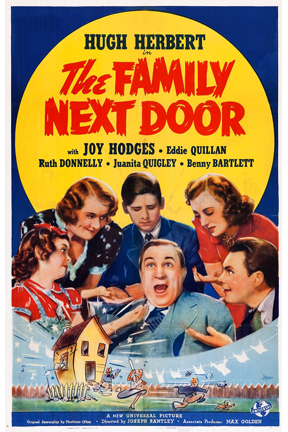 Plot:
Frazzled plumber George Pierce (Herbert) doesn’t make quite enough for his family. His wife, Rose (Donnelly) worries that their lack of money will prevent their oldest daughter Laura (Hodges) from catching a wealthy husband. The family’s home is badly in need of repair and their furniture is old. In an effort to look like they are in the social scene, Rose rents fancy furniture for their home to throw a party, and also invests in a construction deal her son Sammy (Quillan) is in. Rose’s cupid plans for Laura backfire, the land Sammy was sold is faulty, and her two youngest children (Quigley, Barlett) are constantly in trouble.